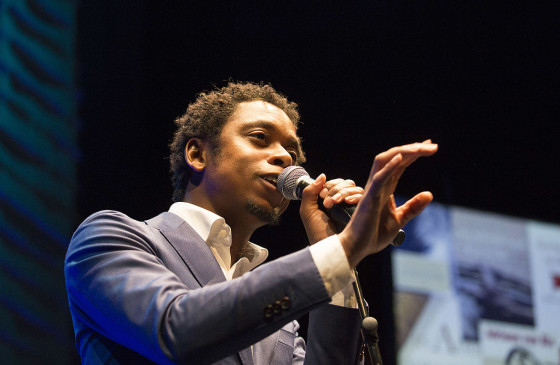 Police in Zwolle have admitted that Dutch rapper Typhoon was pulled over while driving and questioned because he was ‘young, was driving a brand new luxury car and because of his skin colour’.

Typhoon, real name Glenn de Randamie, reported this incident on his Instagram account, saying it is not the first time he has been stopped by police while driving.

‘The duty officer (friendly chap, so that’s not an issue) admitted he had preconceptions and that drugs money could be involved,’ Typhoon said on Instagram. ‘Unfortunately this is the umpteenth time this has happened to me and I am a famous face. Others don’t have that advantage.’

The police later issued a statement saying they regretted the incident. Local police chief Arjan Mengerink said: ‘We consider it crucial that the police are always neutral. We must not select on the basis of appearance or origin, which is why we thought it important to deal with this immediately.’

The police officer involved is aware he made an error and had admitted this, Mengerink said.

Labour leader Diederik Samsom said he was extremely angry about the case. ‘A famous Dutchman is stopped because of his skin colour,’ Samsom said. ‘We should realise this happens to dozens of unknown Dutch people with dark skin on a daily basis.’

Typhoon broke through in 2014 with the album Lobi Da Basi, which was declared the best record of the year by the Volkskrant. Last July he was co-signatory to an opinion piece in the paper calling for racism within the Dutch police force to be recognised.