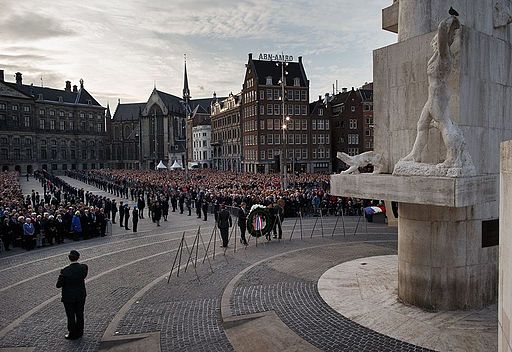 Telecoms companies are urging people to switch of their mobile phones during the official two minutes of silence on Remembrance Day (May 4).

KPN, Vodafone and T-Mobile are asking their customers to turn off their phones following an appeal from writer Sidney Vollmer and artist Fabian Sapthu. ‘Turning off your phone is a more powerful symbol than switching down the volume, Vollmer said.

Public transport stops running during the two minute break, which takes place at 20.00 hours. There are also no take-offs and landings at Schiphol airport.

The Netherlands will remember those who died during World War II and subsequent conflicts at a string of ceremonies all over the country on Wednesday.

The main ceremonies will take place in the evening, when the king and queen will lay wreaths in Dam Square in the heart of Amsterdam.