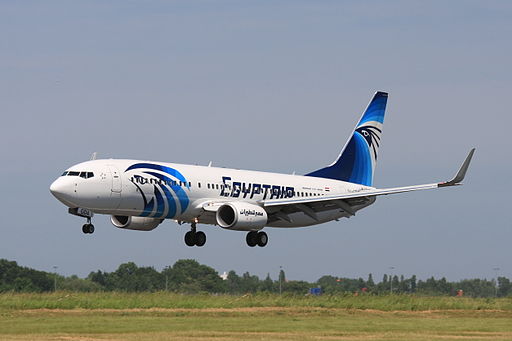 A file photograph of an EgyptAir plane. Photo: Wo st 01 / Wikimedia

All six nationals on board the hijacked EgyptAir plane have now been released, the Dutch foreign ministry is quoted as saying by website Nu.nl on Tuesday afternoon.

Five were freed shortly after the aircraft landed in Cyprus along with most of the other passengers. A 56-year-old Dutchman was one of several hostages who remained on board, some of whom have now been released.

The plane was on its way from Alexandria to Cairo when the hijacker ordered it to head for Larnaca airport on Cyprus. He claimed to be wearing an explosives belt, although this has not yet been confirmed.

According to international news agencies, the man was demanding to see his ex-wife who lives on Cyprus, but this too is unconfirmed.

By mid-Tuesday afternoon the hostage taker had given himself up. ‘It’s over. The hijacker arrested,’ the Cypriot foreign ministry said on Twitter.