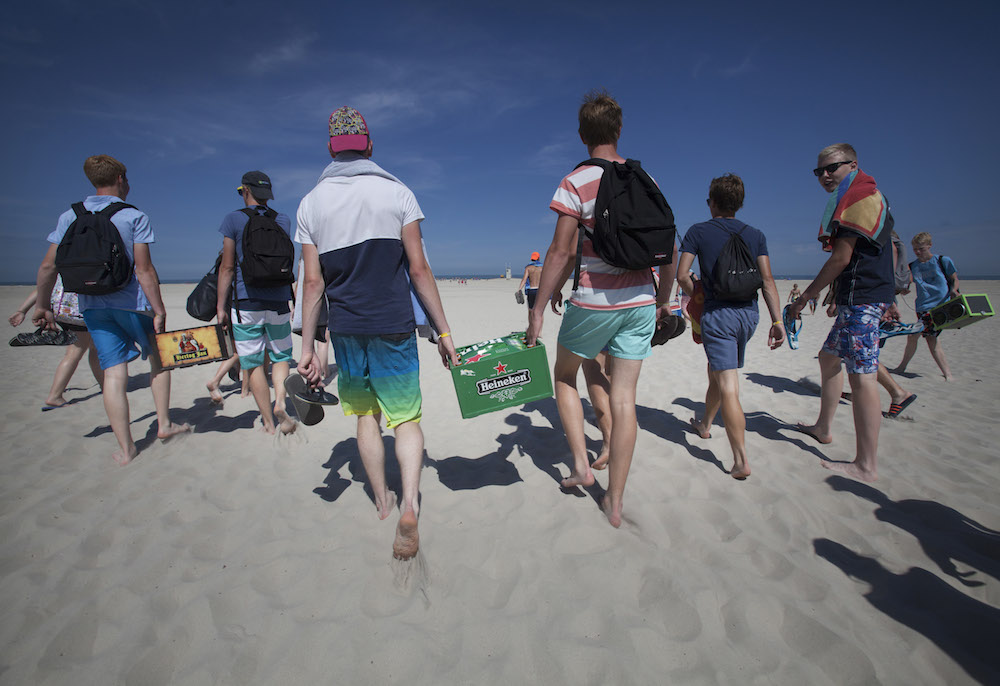 Last year over 930 Dutch teenagers ended up in hospital because they had drunk too much alcohol, a rise of nearly 20% on 2014. And the number with acute alcohol poisoning was up 27% on the previous year, figures collated by paediatrician Nico van der Lely show.

Boys and girls were hospitalised in almost equal numbers and they were unconscious for an average of three hours. Their average age was 15 years and four months.

The rise in hospital admissions comes despite parents becoming much tougher in their atittudes to teen drinking, Van der Lely said. In 2011, 75% of children had been drinking with their parents’ permission but by last year this had fallen to 50%.

‘They are carrying on drinking heavily, but doing it in secret,’ Van der Lely told broadcaster Nos. The figures only reflect children who ended up in hospital and the true figure is likely to be far higher.

Since 2014 the under-18s have been banned from drinking alcohol by law and can be fined if caught with beer or wine in public.

Despite this, there has been no reduction in the number of problematic drinkers, Van der Lely said. ‘As long as supermarkets continue to offer bargain beer and the industry is allowed to promote a sexy image, nothing will change.’

Most of the children hospitalised after drinking themselves into a coma got hold of the alcohol via friends.

Anti-alcohol abuse lobby Stap has accused local authorities of not doing enough to make sure shops and cafes don’t break the law and sell alcohol to the under-18s.

Despite rules restricting the sale of alcohol to people aged 18 and over, last year a group of eight 17-year-olds were able to buy 850 litres of beer, wine and spirits as part of a University of Twente experiment. The teenagers bought the drink over a four-day period and were only refused in one in 10 attempts.

Van der Lely said the impact of drunkenness on teenagers is underestimated. ‘I have patients who have been sexually abused because they were so drunk they did not know what they were doing,’ he said.