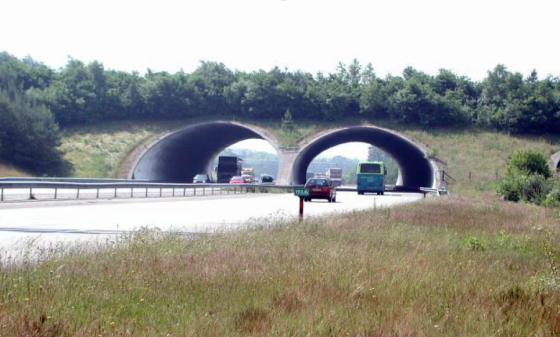 The fact that more animals are being killed on the Dutch roads is often cause for celebration, Maurice La Haye – a researcher at the Dutch mammal society Zoogdiervereniging – told the Algemeen Dagblad.

An increase in accidents is a sign that conservation efforts are working and the wildlife population in the Netherlands is increasing, La Haye told the paper on Friday.

An estimated ten million animals are killed on Dutch roads every year, but millions more survive, mate, and multiply. This is at least partly thanks to the Netherlands’ network of 1,725 green passages, viaducts, and walking ledges that allow animals to safely cross roads in certain places.

Since the mid-1980s, the Netherlands has been building these structures in an effort to preserve dwindling wildlife stocks, including the endangered European badger, and several species of wild boar and deer.

One of these ‘ecoducts’ – the Natuurbrug Zanderij Crailoo – is the longest such structure in the world. Some 50m wide and 800m long, the ecoduct takes animals safely over a railway line, roadway, business park, sports complex and a river.

The ecoducts allow animals to expand their habitats past the barriers of roads, rivers and railways. And it’s been successful. In 1950, the total deer population of the Netherlands was around 5,000. Now it sits nearer 110,000, Gijs Van Ardenne, chairman of the Wildlife Collision Foundation Netherlands told the AD.

As well as an increase in sheer numbers, Dutch wildlife now appears to be in better health than before.

‘Ditches and canals are no longer the open sewers of last century, but fish-rich waterways,’ Hugh Jansen, of research institute Alterra told the AD. ‘Dead animals we find and analyse are in very good condition. They are top athletes who encountered a car.’