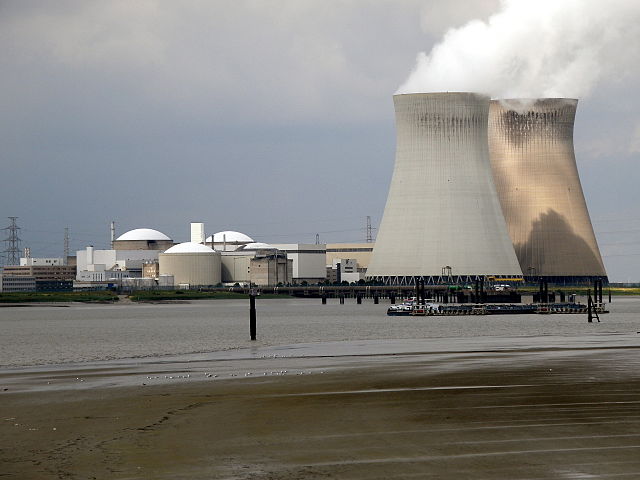 The Dutch government should be involved in solving problems at the Belgian nuclear power station in Doel, according to Dutch opposition parties in the AD.

One reactor at the power station, on the banks of the Schelde estuary just over the border, was shut down at the weekend just days after being restarted following repairs.

Two other reactors were closed for a time last year after hairline cracks were found. One of those was also shut down shortly after being restarted because of a leak.

The power plant was first opened in 1975 and should have been decommissioned last year. However, the Belgian authorities have agreed to keep it operational for a further 10 years because of a shortage of capacity.

‘The reactors are so old that if something goes wrong, the problem will not be confined to Belgium,’ D66 parliamentarian Stientje van Veldhoven told the AD. ‘When things of such importance are at stake, its only logical to involve the Netherlands in decisions about whether it should remain open.’

The AD says the mayors of several Dutch border towns, including Roosendaal and Bergen op Zoom, also want the cabinet to get involved.

Nos said later on Monday that agreement has been reached between the Netherlands and Belgium that a joint inspection by nuclear safety inspectors will take place on January 20.