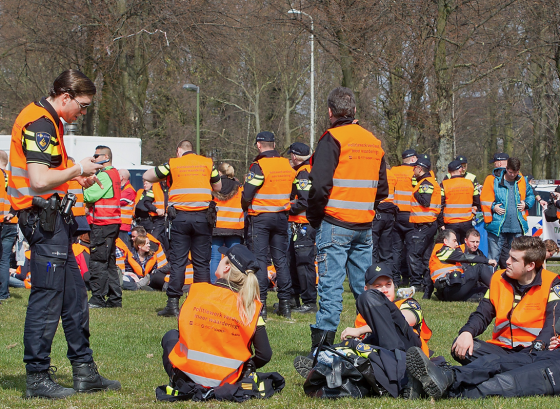 Police unions and the justice ministry have finally reached agreement on a new police pay package involving a 6.5% wage rise over three years.

The deal follows months of industrial action and still has to be approved by members.

The 6.5% rise will be spread over 2015, 2016 and 2017. In addition, police will get a one-off payout of €1,000. New agreements have also been reached on overtime and standby charges and early retirement will remain an option, news agency ANP reported.

Thousands of police officers were involved in the campaign in support of a better pay deal. Among the measures: they disrupted to the start of the Tour de France cycle race in Utrecht, refused to carry out security duties at football matches – which led to several games being cancelled – and stopped fining people for minor traffic offences.