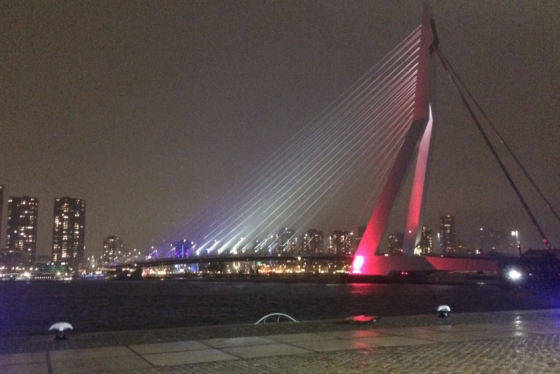 Rotterdam mayor Ahmed Aboutaleb has said in a reaction to the Paris attacks that it is time to ‘wipe out’ ISIS.

For some people, membership of ISIS is ‘symbolic’ of something, the mayor said. But it is only when they are gone that the problem will have been dealt with.

The Muslim community must make its voice heard, Aboutaleb said. ‘Because these events first and foremost turn against Muslims in Europe. All peace-loving Muslims in Europe should distance themselves from this.’

Earlier this week Aboutaleb compared ISIS’ actions to the Holocaust. ‘ISIS are involved in ethnic cleansing of Christians, Shiites, Yezidis, Alawites and moderate Muslims,’ he said.

Aboutaleb, himself a Muslim, is known for his outspoken stance on radical Islam. In November he broke with the Labour party line and said Dutch nationals who have decided they want to travel to Syria to join Islamic militias should be allowed to go but should be banned from coming back to the Netherlands.