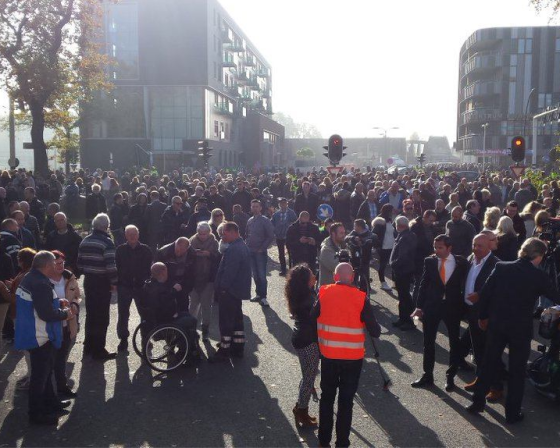 Six people were arrested for using Nazi salutes, insulting behaviour and physical attacks during an anti-refugee demonstration in Enschede at the weekend.

The demonstration, called in protest at plans to set up an emergency refugee centre in the town, attracted some 400 people, news agency ANP said.

Although it passed off largely peacefully, there was some trouble when a group of protesters headed away from the march towards the city centre. Police then broke up the demonstration on the order of the mayor, ANP reported.

A handful of anti-fascist demonstrators from over the border with Germany were also in the town but kept away from the main march.

Last week, it emerged that members of the neo-Nazi Dutch group NVU had been attending council-organised meetings about refugees to stir up trouble.