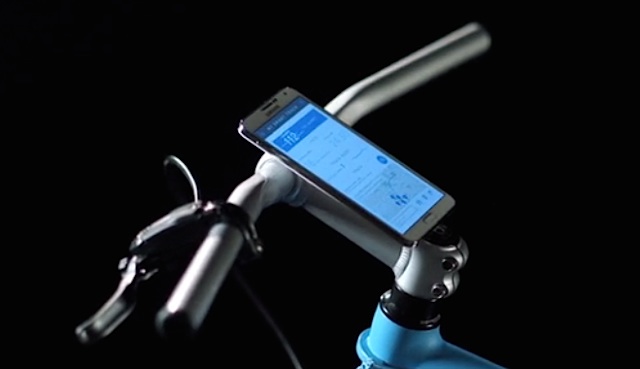 Tram and bus drivers report an increasing number of near misses involving cyclists who are using their smart phones in traffic, the AD said at the weekend.

‘Cyclists and walkers stare at their mobile phone screens and are completely oblivious to their surroundings,’ Hendri Beltman, a spokesman for bus company Connexxion, told the paper.

A Syntrus spokesman said cyclists with smart phones are like ‘headless chickens’, thanks to services such as Whatsapp.

The problem is hard to quantify but in The Hague, bus and tram firm HTM estimates drivers have to take evasive action at least 40 times a day. They want the government to introduce lessons at school on how people should combine smart phone use and cycling.

In 2014, the government said it had no plans to introduce a ban on using a phone or listening to loud music while cycling, despite calls for action by road safety campaigners.

Some 200 cyclists die in traffic accidents every year in the Netherlands and 71,000 are taken to hospital accident and emergency departments.

Police told the AD there are no accurate figures about how often phones are involved in bike accidents. ‘They often deny they were using their phones because of the insurance,’ a spokesman said.

However, the traffic accident investigation bureau SWOV says phones are involved in some 20% of bike accidents, including dozens of deaths.