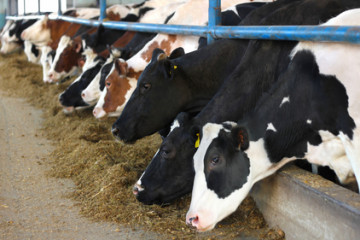 Dutch milk production has risen 7% since the European milk quota was scrapped on April 1, the central statistics office CBS said on Tuesday.

Last month, the CBS said Dutch farmers are being paid 30% less for milk than they were a year ago. However, consumer prices have only gone down 5%.

Pig numbers also grew over the past year, increasing by 3%, despite the price of pork also being under pressure from low prices, the Russian boycott and tough Dutch rules on animal welfare.

Earlier this month a number of Dutch farmers joined colleagues from around Europe to protest about low milk and meat prices during an emergency meeting in Brussels of EU farm ministers.

‘We are all after one thing,’ dairy farmer Marcel Ottink told broadcaster Nos. ‘Whether it is meat or milk, we should simply get a fair price.’