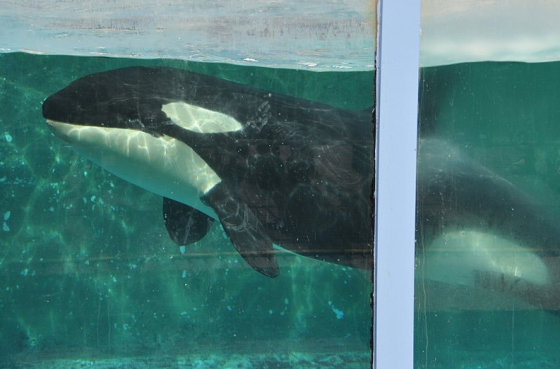 Animal rights organisation Peta has called on the Spanish police to investigate the conditions in which ‘Dutch’ orca Morgan is being kept at a Spanish amusement park.

Peta has asked the Seprona unit, which deals with environmental crime, to look into the treatment of Morgan, four orcas owned by the American Sea World organisation and one orca born in captivity, at the Loro Parque centre on the island of Tenerife.

Peta says the animals are covered with wounds and their teeth are in poor condition. In addition, the orcas are kept in tanks which are far too small for them and this is a form of animal abuse.

‘The least we want is an improvement in their living conditions,’ Tim Zijlstra, of the Dutch branch of Peta, said. ‘Eventually we would like to have parks like these closed down.’

But the park authorities have dismissed the claims as without foundation and say they are aimed at damaging Loro Parque’s reputation.

Morgan, was found in a severely weakened state in the Wadden Sea in 2010. After being nursed back to health in the Netherlands, in 2011 she was shipped to the Loco Parque amusement park where she now performs tricks for a paying public.

The then junior economic affairs minister Henk Bleker gave the green light for Morgan to be sent to Spain saying there was no guarantee she would be successfully released into the wild. The Council of State said last year the export was correct because returning her to the wild was not an alternative.

The financial arrangements surrounding Morgan’s transfer from the Netherlands to Spain have never been made public.