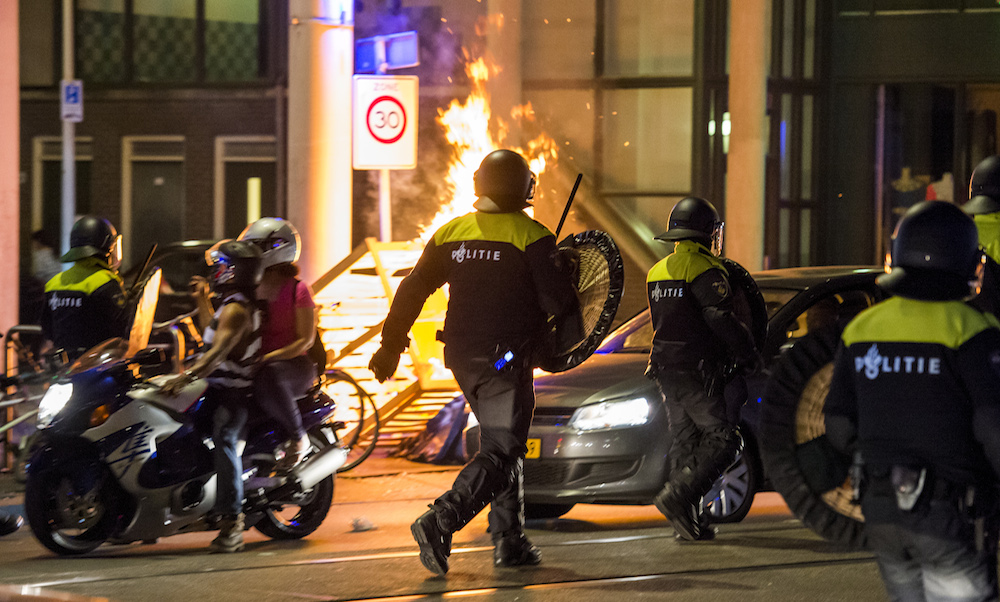 At least 34 people were arrested in a third night of rioting in The Hague following the death of an Aruban holidaymaker in police custody.

Between 200 and 300 youths, many on mopeds, gathered at the city’s Hobbemaplein and threw fireworks and bottles at police.

Police used horses and water canon in an effort to restore order and break up the crowd. Calm eventually returned just before dawn at around 04.00 hours, news agency ANP reports.

‘It is completely chaotic in the Schilderswijk district,’ Nos reporter Henrik Willem Hofs said. ‘It is a sort of cat and mouse game between the youngsters and the police.’

The street to the local police station was sealed off during the trouble. Earlier in the evening, a group of protestors gathered outside the station but were ordered to move or face arrest.

On Wednesday afternoon, the public prosecution department said Mitch Henriquez probably died from a lack of oxygen caused by police during his arrest.

Both justice minister Ard van der Steur and The Hague mayor Jozias van Aartsen said they were shocked by the initial report into Henriquez’ death and appealed for calm in the city.