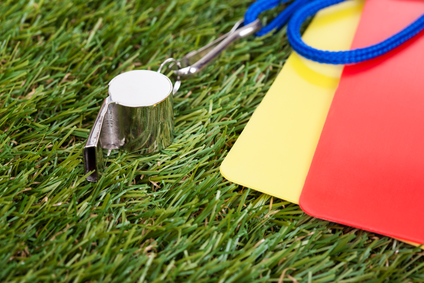 The match-fixing scandal involving premier division club Willem II has deepened following the discovery of emails between midfielder Ibrahim Kargbo and a match-fixer.

In the e-mails, Kargbo and the match-fixer discuss the manipulation of the away matches with FC Utrecht (1-0), Sparta (2-1) and NAC (4-0), the Volkskrant reports. A suspect cup match against Roda JC in 2008, reported earlier by the Telegraaf, is also mentioned. Willem II lost that match 1-0 after a strange goal when defender Danny Schenkel tripped over the ball.

In January, the Volkskrant reported on two matches: Ajax-Willem II (4-0) in October 2009 and Feyenoord-Willem II (1-0) in December that year.

The first match – in which the gamblers betted on a goal difference of at least three – netted the syndicate at least €1m, the paper said. The second game did not go according to plan and the bought players failed to engineer the two-goal difference.

The Volkskrant reports on Friday that there is also a suspicion of a plot. In one of the emails Kargbo says he has spoken to ‘the captain’ and he has agreed. The captain at the time was goal keeper Maikel Aerts who strenuously denies the charge in the paper.

The players involved in match-fixing were paid €100,000 per match, according to the Volkskrant.

The paper also names former Willem II players Sergio Zijler and Jens Janse, both of whom recently hit the headlines. Zijler was removed from selection in March by Romanian club Universitatea Cluj on suspicion of betting on matches. Janse is a suspect in a major Italian match-fixing case. Both players have declared their innocence.

The KNVB said in a statement in January it would do all it could to get to the bottom of the claims, which are ‘the most concrete case yet in the Netherlands’ of alleged fixing. This included making a formal complaint so that the public prosecutor will launch a criminal investigation.

In a reaction to Friday’s story, it told the Volkskrant that the truth must be unearthed, however painful this would be. The public prosecutor would not comment.