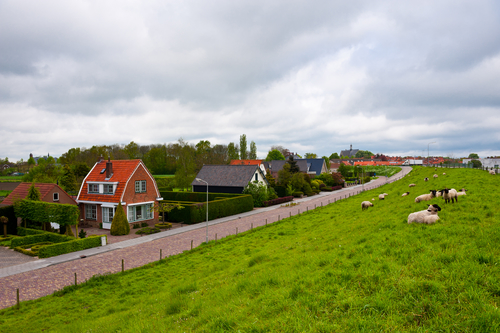 Waterboard officials are carrying out emergency repairs on several hundred metres of dyke near Gouda which have become weakened by the drought.

Despite heavy rain in the past few days, ‘more water has evaporated than has fallen,’ dyke chief Gerard Doornbos told broadcaster Nos. ‘Our dykes are very dry and that presents a risk, because they can crack.’

Several hundred kilometres of dyke are also being monitored to make sure they are safe, Nos says.

Much of the country’s dyke network is centuries old and was built from peat. ‘If the peat dries out, it acts in the same way as a dry sponge,’ Doornbos said. ‘It weighs nothing and the water can push it aside.’

The Netherlands has some 3,500 kilometres of peat dykes.

The last major peat dyke break after a period of drought was in 2003, when 2,000 people had to be evacuated from the village of Wilnis, near Utrecht.