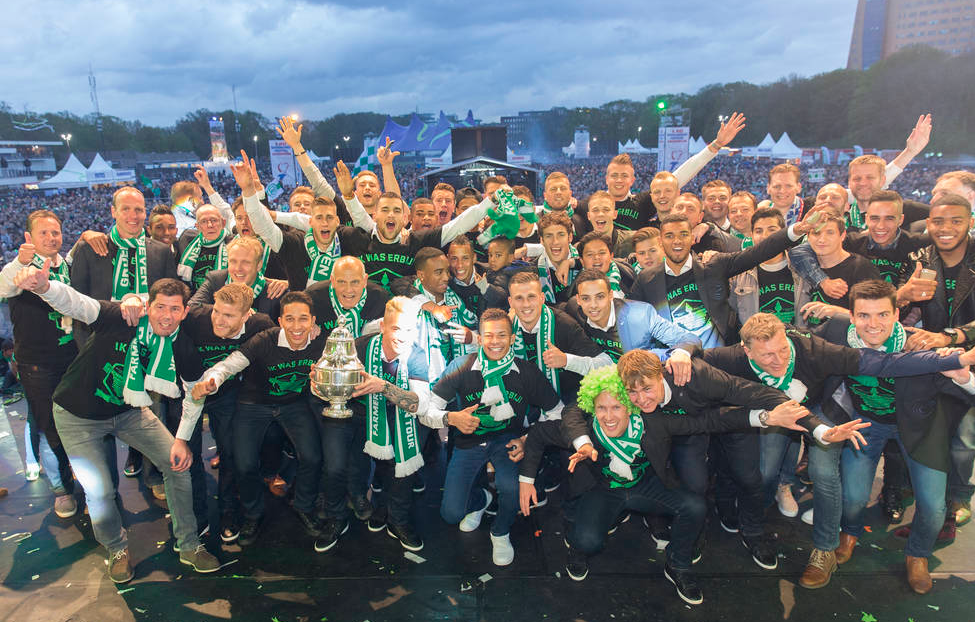 The public prosecution department will not take any action against FC Groningen supporters for chanting about Jews during Wednesday night’s celebrations for the club’s KNVB Cup win.

RTL news reported earlier on Thursday that the department was looking at the text ‘En wie niet springt die is een Jood’ (who does not jump is a Jew) which was chanted before an on-stage chat with Johan Kappelhof, who formerly played for Ajax.

Ajax supporters call themselves Jews as a nickname, despite pleas by club officials to drop the tag. Opinion as to why they use the Jewish monicker is divided.

A spokesman told website nu.nl that the chanting is not considered to be a criminal offence and there is ‘no question of insult or discrimination’.

Some 30,000 people turned out to celebrate the club’s victory. It was the first time since the club was founded in its present format they have won the KNVB Cup.

Last month, the public prosecution department launched an investigation into anti-Jewish chanting at a league match between FC Utrecht and Amsterdam club Ajax.

Supporters were clearly heard chanting about having a mother in the SS and ‘Jews burning best’. The video was placed online and picked up by the Telegraaf newspaper.