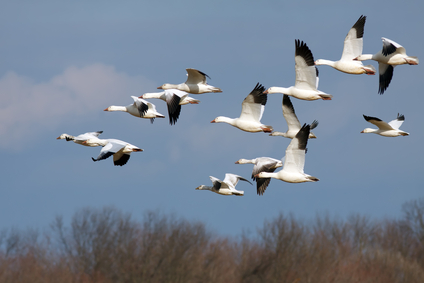 Gelderland provincial council has given a €22,000 contract to a small pest control company to kill 1,600 geese using a controversial method of breaking the birds’ necks.

Despite the cost of €13.75 per bird, no one has seen if or how the method works and the province does not plan to check up on the work or animal welfare issues, the AD reports.

The contract has been awarded to a company named V&T, based in Leerdam but details about how the neck breaker will work are sketchy.

The method, known as cervical dislocation, involves snapping the birds’ necks one by one. According to the local broadcaster Omroep Gelderland, the bird’s neck is placed between two blocks and then broken, resulting in a ‘stress-free and painless death’.

The equipment will be used to kill geese in six different areas. In total, the province’s geese population needs to be reduced by 37,500, officials say.

The province says responsibility for the cull rests with the provincial wildlife management unit Faunabeheereenheid, which represents hunters, local government, farms and other interest groups.

Faunabeheereenheid, in turn, says it has confidence in the professionalism of V&T and sees no reason to supervise its activities.

Animal rights party PvdD says it has serious doubts about the use of cervical dislocation to kill the birds. ‘More animal-friendly methods should be used, such as removing eggs and using innovative systems such as robot birds of prey and drones,’ local party chairman Luuk van der Veer told the broadcaster.