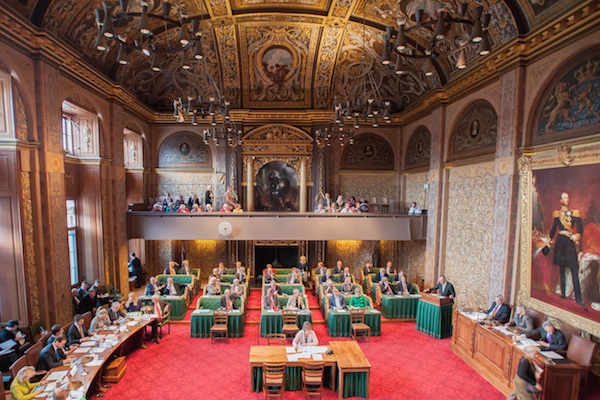 As expected, the Dutch coalition cabinet has lost its majority in the upper house of parliament, forcing it to look outside the three friendly opposition parties for support.

The 570 members of the 12 provincial councils cast their votes for the senate on Tuesday, meaning the make up of the new look upper chamber reflects the results of March’s local vote.

The ruling VVD remains the biggest party in the senate with 13 seats, a loss of three on four years ago. The Liberal democrats D66 are second with 10 seats, double their 2011 total.

The anti-immigration PVV and the Socialists both have nine while Labour, the junior coalition partner, has eight, a loss of six. The minor religious parties ChristenUnie and the SGP, which together with D66 prop up the coalition in the senate, won three and two seats respectively.

This means the coalition and the ‘friendly opposition’ can only count on 36 of the 75 seats in the upper house. In total, there are 12 parties represented in the senate, four of which only have one or two members.

D66 leader Alexander Pechtold said the fact his party has doubled its support will significantly increase its influence. ‘And that is needed to finally get this cabinet to start creating jobs and cutting taxes,’ he said.