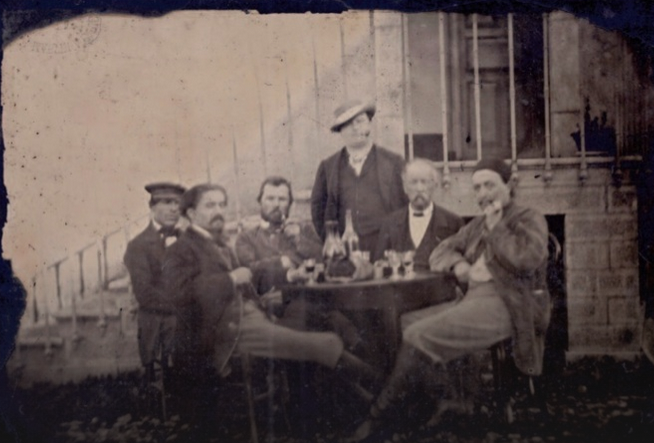 A photo purporting to show Dutch artist Vincent van Gogh with Paul Gauguin and Emile Bernard is unlikely to be him, the Parool reports on Thursday.

The photograph is to be auctioned by Brussels antiquarian bookstore and auction house The Romantic Agony in June. The catalogue describes the picture as a ‘remarkable portrait of Paul Gauguin and Vincent van Gogh’.

However, the only confirmed photographs of Van Gogh show the painter as a child, plus one of him as an adult sitting with Bernard and shot from behind, the Parool says.

The photograph, which measures just 8.8 by 11.9 centimetres was sent to the Van Gogh museum in Amsterdam for its opinion. The museum’s photograph expert was clear: it cannot be the painter because it simply does not look like him, the Parool states.

In addition, the Parool states, Van Gogh hated photography as a medium and refused to be photographed. This also raises questions about its authenticity.

The photo, which is said to come from France, shows a group of men sitting outside in Paris in 1887. Van Gogh is said to be in the middle smoking a pipe. Gauguin is on the far right and Bernard second from left. The other three are Dutch artist Arnold Koning, politician Felix Duval and actor André Antoine.