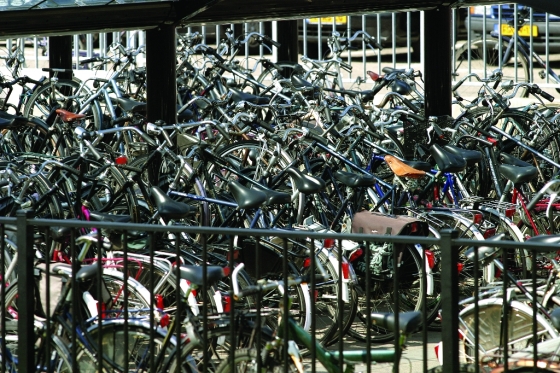 Radboud University in Nijmegen has appointed its first ever cycling professor – and the job is being filled by an American transport expert from the University of Colorado.

Visiting professor Keven Krizek will research why the Dutch are so keen on cycling and what the future of cycling is likely to be.  He will also work together with Nijmegen civil servants in solving a number of thorny bike-related issues, broadcaster Nos reports.

These include how to deal with electric bikes, for example. After all, they attract both youngsters and the elderly but the traffic infrastructure is not set up to deal with them, Krizek points out.

So why has an American been given the job? ‘You are unique but you don’t realise it,’ he told Nos. ‘I come from another place and have a fresh perspective. More than that, I have been a professor of cycling for 20 years, so I do know a lot about the subject.’

Two things surprise Krizek about Dutch cycling culture, he says. The first is all the unused bikes parked outside railway stations. These, he says, should be removed far more quickly than they are at present.

Secondly, it is noteworthy that cyclists get priority so often. ‘That does not happen in America because we don’t have cycle lanes,’ Krizek says. ‘But in the Netherlands, car drivers all cycle as well, so they are more understanding.’