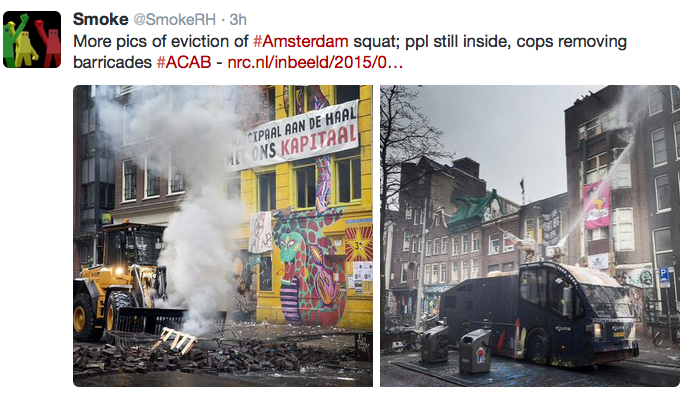 Several people were arrested in Amsterdam on Wednesday as riot police moved in to clear one of the city’s most famous squats.

Two buildings on the Spui in the city centre have been sold and are to be turned into luxury flats and offices. They have been squats since the 1980s.

A reporter for news agency ANP said the squatters threw stones and paint bombs at police. At one point, police used a digger to break open the door to the building.

The Spui has been sealed off between the Damrak and the Spuiplein while police attempt to win control of the buildings.

Most of the squatters had left the building at the weekend but some returned on Tuesday night, local broadcaster AT5 says.