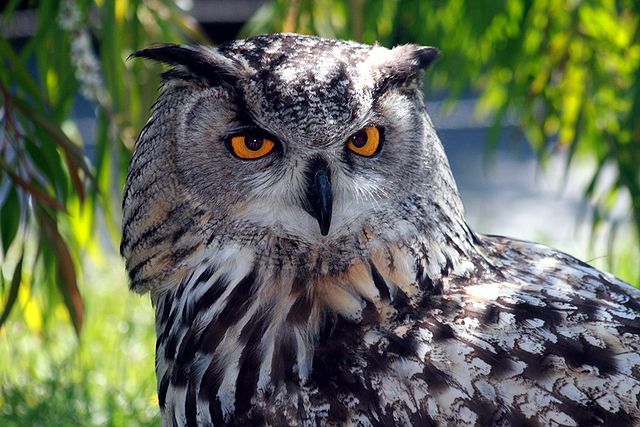 An eagle owl which has been terrorising the town of Purmerend in Noord-Holland province for several weeks attacked two more victims on Tuesday evening.

The eagle owl is one of the biggest owl species in the world and can develop a wingspan of almost two metres.

On Tuesday the owl swooped on a  trainer and an athlete out for an evening run. Both needed to attend hospital and one of them had five wounds on the back of his head, broadcaster Nos reports. Members of the athletic club used Twitter to say that the training session had finished earlier than planned for safety reasons.

Earlier in the day, another athlete was attacked and last week two mentally handicapped people were the victims. The care centre from which they came is now issuing umbrellas against further attacks, Nos reports.

Local officials have now requested a licence to catch the eagle owl, which is a protected species, and move it to another location.

According to Purmerend town council, the owl may have once been kept in captivity. This would explain why it has settled in a semi-urban location and why it is attracted to people, officials said.