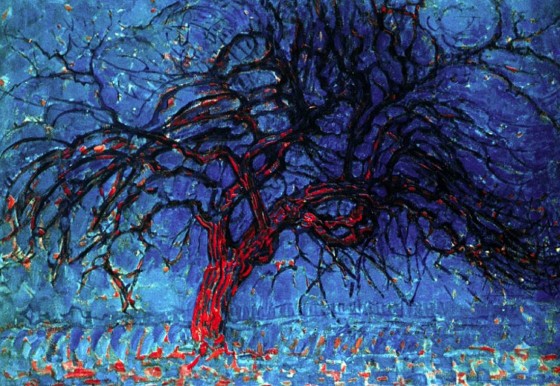 A dispute is looming about the use of works by Dutch artist Piet Mondriaan, who died 70 years ago, Trouw reports on Friday.

Under European law, the copyright on Mondriaan’s work has now expired but the American-based Mondrian Trust says some works are still copyrighted and royalties need to be paid.

The 70-year limit stems from the Berne convention, signed by 168 countries including the Netherlands, Trouw states.

But the US uses a different ruling. It says everything produced prior to 1923 is copyright-free but that later work is subject to a 95-year rule dating from the time the work was first published in Europe.

According to the Mondrian Trust, this means that Trouw is able to publish all Mondrian’s work in the newspaper but not online. This is because Americans could find the site and this would infringe the rights of Mondriaan’s heirs.

After ‘intensive’ contact with Hilary Richardson of the trust, Trouw obtained a list of which paintings could and could not be used by a Dutch website.

Dune II, for example, could not be published but Dune I is okay. ‘The Red Tree’ from 1908 (pictured above) is also acceptable but not ‘The Grey Tree’.

A spokesman for the Gemeente museum in The Hague, considered a centre of expertise on Mondriaan, told Trouw it has no plans to launch Mondriaan merchandise like tea towels.

However, the museum does not intend to follow the American line. ‘Mondriaan was a Dutch national and Dutch laws apply. They state the copyright goes after 70 years and that is that,’ spokesman Benno Tempel told Trouw.

Lawyer Job Hengeveld says the situation is more complicated and that it would appear Mondriaan’s oeuvre is being divided up. ‘If there is a clash, it will be up to the courts to decide,’ he told Trouw.