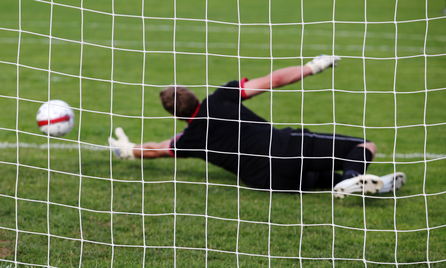 The paper bases its claims on a ‘gambling expert’ and information from the private International Centre for Sport Security. The matches involved were between ADO Den Haag and Albanian champion Skenderbeu Korce in Estepona and Heerenveen against Standard Luik in Murcia.

ADO won the Kenderbeu Korce match 2-0 on Thursday, thanks to goals in the final 15 minutes. A former Uefa gambling expert told the paper: ‘These games showed normal patterns until half time. Then you suddenly saw lots of betting on Dutch goals. This is definitely a suspicious match.’

ICSS says dozens of friendly matches in southern Spain have been manipulated by a gambling syndicate which organises friendly matches between clubs in the south of the country. ‘This particularly affects foreign clubs which are training in Spain,’ spokesman Javier Mena told the paper.

The same company may also have organised the ADO match, the Volkskrant says.

Friendly matches are popular with match fixers because the results do not count and players are more willing to throw a game for payment. It is also easier to bring in a corrupt referee, the paper says.

The match between Heerenveen and Standard Luik was abandoned on Friday when the Dutch players left the pitch. They were angry about the referee’s decision to allow the fourth penalty of the game to be retaken. Three of the penalties were also awarded for ‘dubious reasons’, the Volkskrant says.