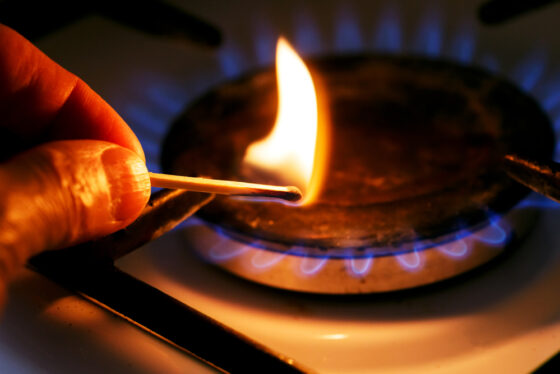 Wholesale gas prices have plunged in recent weeks but consumers are have not yet noticed the difference. The big Dutch energy suppliers are still charging between €2.80 and €3 for a cubic metre of gas. Here’s what to do.

You may be tied to an expensive energy contract or find yourself facing soaring bills at the start of a new contract period this year. Yet research by price comparison website Energievergelijk shows you can make major savings by switching to a cheaper supplier.

In fact, the current difference between the cheapest and most expensive gas price is €1.21 per m3, which means you can save hundreds of euros a year by switching – even with the government’s energy price cap.

The big three Dutch energy suppliers – Eneco, Essent and Vattenvall – are all in the top five offering the most expensive energy deals at the moment, with charges ranging on January 13 from €3.064 per cubic metre at Eneco, to €2,783 at Energiedirect.

But you can find deals for almost half that amount if you shop around. Check the Energievergelijk comparison tool to find out how much you could be saving.

The Energievergelijk research shows that the big suppliers are all considerably more expensive than the smaller ones – and that means most households are paying more than they could be for gas and electricity this winter.

The cheapest deal that Energievergelijk found in mid January was Budget Energy, whose prices change monthly and are currently €1,748 per m3. Engie and United Consumers, in second and third place, change their charges in January and July.

‘The difference in prices is down to the time at which the energy companies bought in their gas,’ says Energievergelijk’s Koen Kuijper. ‘Some of them bought supplies when prices were at their highest and are now passing this on to their customers.’

This year the government has established a price ceiling for gas and electricity, which maximises the price you will pay for 1,200 m3 of gas at €1.45 and €0.4 per kWh for electricity. Find out more about the energy price cap and how it works.

This means if you use more than 1,200 cubic metres a year – at which point you will have to start paying the market rate – you can save even more.

‘If you are multi-person household, or have a large, drafty house, you will use more than the price ceiling,’ Kuijper said. ‘And even if you use less, the way the price ceiling will work – with two periods – may also mean you will end up paying the full whack for some of your gas.’

Say you currently pay the average price for gas in the Netherlands, or around €2.368 per m3, and you decide to switch to United Consumers, where the charge is €1.854 per m3.

‘Every little adds up,’ Kuijper said. ‘And don’t forget, the savings will be even higher if you swap your expensive old contract for a new cheap one.’