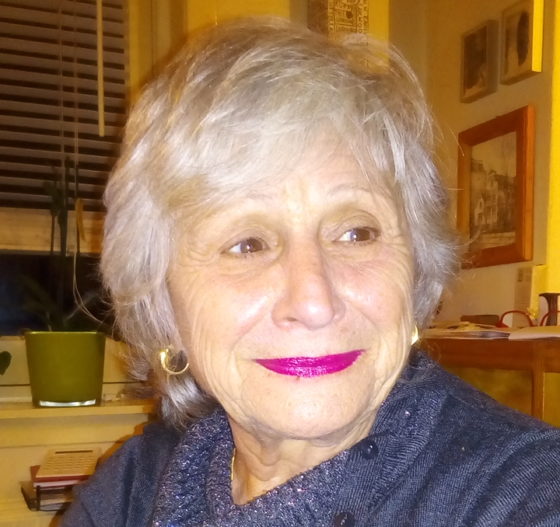 Dianne in her home in Amsterdam

Dianne Biederberg has lived in Amsterdam for more than 40 years. She’s almost retired from a job in media sales. As president of the Australian and New Zealand Club, she’s still in close contact with many of her compatriots. But she’s also become very Dutch. Unless it comes to her agenda.

How did you end up in the Netherlands?
I met a Dutchman while traveling in Europe in 1972. I was on my grand tour of Europe and my sister was also passing through Amsterdam. I moved here in 1974 for him. That relationship didn’t last but I met another Dutchman and so I stayed on. We were together for 26 years before he died 16 years ago.

How do you describe yourself – an expat, lovepat, immigrant, international etc ?
Well, if it’s a short conversation, I just tell people that I am from Amsterdam. Especially in Europe, that’s the easiest. If I have time to discuss it, then I tell people I am originally from Australia but now I live in Amsterdam.

How long do you plan to stay and why?
I never say never but I am not likely to leave unless something happens or I’m somehow forced to. I’m very settled here. Even if I went back to Australia, I’ve been away for so long, I would need to reintegrate.

Do you speak Dutch and how did you learn?
I am very fluent. I was highly motivated. I had this Dutch boyfriend and family and they would watch something on TV and laugh and I wouldn’t understand it. I took one formal course, but I found it useless. It really only taught you how to buy a tram ticket.

I insisted that people speak Dutch with me. I would go around the house and make a list of everything and translate it, room by room. But I was younger then and better able to learn a new language. Now, I don’t know if I could do it.

What’s your favourite Dutch food and why?
Erwten soup. It’s such a great comfort food in the winter. I like other Dutch foods too. I eat herring and bitterballen. And I do love a good stamppot but I have to make my own jus (gravy). I don’t make it from a packet. And that means you have to have a bit of meat with it, so you can make jus.

How Dutch have you become and why?
I think I am accepted here now. When I first moved onto my street, I was the only foreigner. The neighbours came over to say hello and tell me how it was to live in the Netherlands. Now, I’ve been here for so long that when the neighbors talking about the new people or foreigners, they don’t mean me. They mean those other people. I am one of the ‘us’.

But there are plenty of things I can’t get used to. The Dutch agenda is one. If you’re here for a drink before dinner and things run on, of course, you can stay for dinner. I always make enough. You just can’t take the Australian out of me.

Which three Dutch people (dead or alive) would you most like to meet and why?
Simon Carmiggelt – I’d love to sit down and chat with him. He’s a Dutch writer who wrote a regular column in Het Parool for years. He just wrote about his surroundings in such interesting ways.

Wim Sonneveld – The cabaret performer and singer. I don’t find Dutch comedy funny, I don’t think they are suited to it, but Dutch cabaret is great. And he has a lovely voice and writes lovely songs.

Any of the wives who took over businesses when their husbands died. It happened quite a bit in the 17th and 18th centuries and I think anyone who has the ability to do that, under the circumstances of women at the time, are rather impressive.

What’s your top tourist tip?
There are a lot of places in the country that I really like. It’s hard to choose one. But I think I would tell people just to walk in the cities, especially in Amsterdam. Just stand on a bridge and look down a canal, there’s something very romantic about it and it all changes with the seasons.

My other tip would be to travel around by boat. You can find so many things that are hidden when you go around on the canals by boat. There are a lot of things waiting to be discovered.

Tell us something surprising you’ve found out about the Netherlands.
I think it’s the lack of casual contact here. Everything has a formality, even the language. You can’t drop in, you can’t just stay for dinner. In Australia, if you were driving by someone’s house, you would just ring the bell and see if they were home.

Or the casualness of the dress. When I moved here, I brought two long gowns with me and I never wore them once.