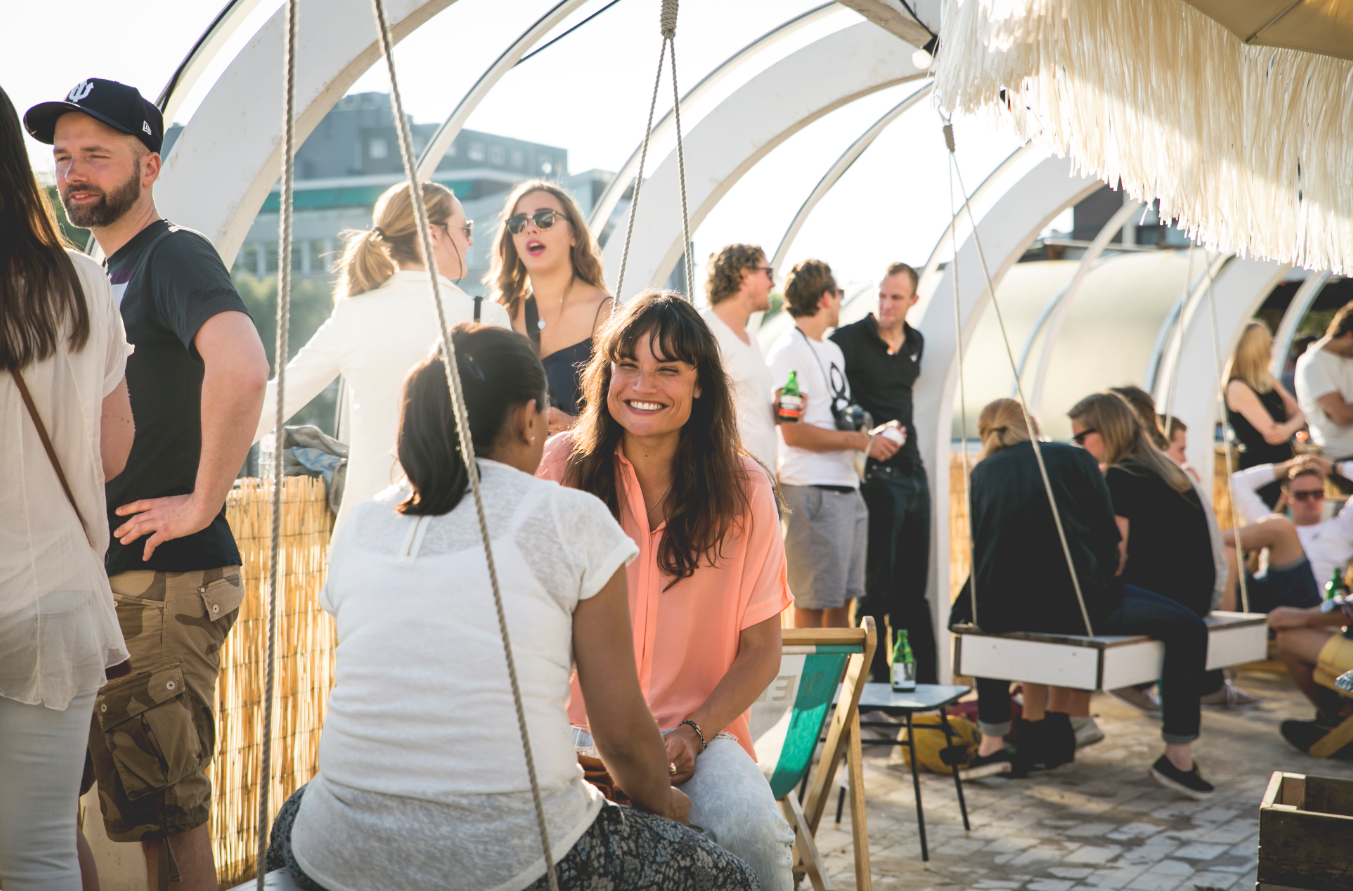 It’s 2019. The internet is beyond prevalent and internationals in the Netherlands are very online. Yet groups that meet face to face to socialise and network are still a key part of the international community.


Ionna Dimitriou would describe herself as a person who is very online. The 27-year-old Greek native plays Fortnite, a cooperative video game where she and her teammates battle against zombies. She’s active on a forum to discuss the game, which is how she met her Italian husband. She works remotely for a US company.

But when she moved to Amsterdam in 2017 for her husband’s job, she joined several groups catering to internationals which meet up in real life, to socialise.

‘It was different when we were in Italy and my husband was finishing his degree. He had lots of friends from the university who were our age. When we moved here, we didn’t know anyone and most of his colleagues were older and had children,’ she says.

Dimitriou isn’t the only one. Though exact figures are hard to come by, one group Dimitriou joined, the Amsterdam Expat Meetup Group, has over 25,000 members. A similar group in Rotterdam has 3,000. In fact, most cities in the country have a variety of groups which aim to bring internationals, literally, together.

‘You want to feel like you belong to something,’ says Deborah Valentine, the  executive director of ACCESS, a not-for-profit organisation that serves the needs of the international community. Phone calls and emails, she says, are important to stay connected with people over distance, but electronic communication ultimately reinforces the gap: ‘It reminds you that they aren’t here.’ 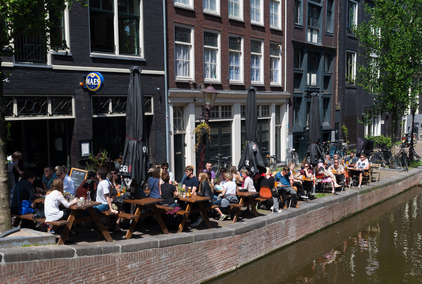 Exchanging information, like finding schools and plumbers used to be done face to face as well.  Today, however, there are thousands of private Facebook and What’sapp groups to share resources and information which have been set up in the Netherlands by internationals.

The Hague, for example, has a group for buying and selling of children’s items. Maastricht has a group for people searching for pet sitters. Groningen has a board games group.

But, what many of these groups ultimately facilitate is a real-life connection. The petting group frequently has posts for people to get together and walk their dogs. The board games people, while they exchange information about new games coming out and sales at local game shops, use the group to organise game tournaments.

‘I’ve met most of my friends here through it,’ says Bart Simmons, a British Ghanian living in Rotterdam,  of the private What’sapp group he was added to when he first relocated to the Netherlands four years ago and which centres around food and cooking.

He initially went to a drinks evening organised by Expat Republic, where he met a Ghanian woman who offered him some recommendations about where to buy some food stuffs he’d been missing. She added him to a Whatsapp group for other foodie internationals. ‘You meet people through the group,’ Simmons says, ‘Then you have dinner together or go to a new restaurant and you become friends.’ 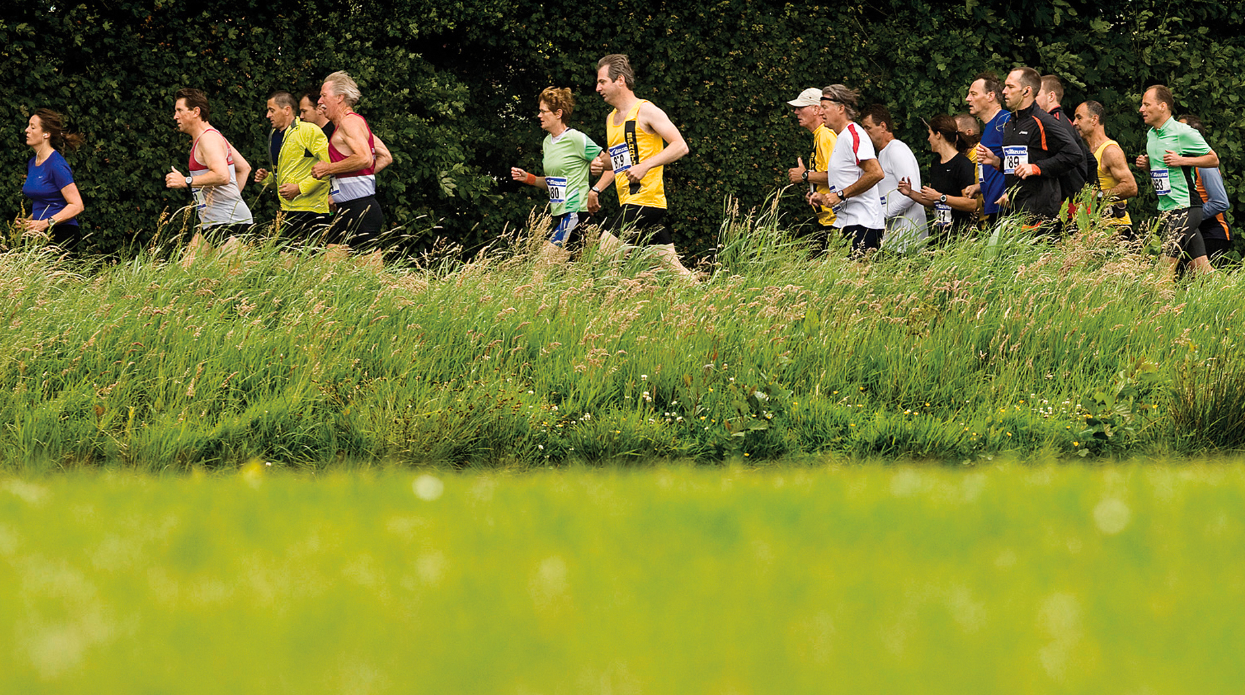 But meeting online first wasn’t an option for Georgia Regnault, an American who moved to the Netherlands in 1967. ‘I joined the American Women’s Club to get to know people,’ she says.

As for all of those useful bits of information about pet sitting and grocery stock? ‘It was all word of mouth, you just asked people you knew.’ Dianne Biederberg, who moved to the Netherlands from Australia in 1974, had another method. ‘I used the phone book.’

Why face to face?

‘We learn a lot from body language, voice tonality, and other non-verbal cues,’ says Dr Irwin. Ultimately, most people want to see each other visually and humans have difficulties forming intimate relationships without a real-life component.

There are other upsides to walking your dog with other people or going to an after-work drinks. ‘It’s easier to actually meet people,’ says Reenda Mehra, from Britain. ‘You can’t really get to know people in Facebook groups, you have to move the conversation to a private message, and that can be awkward.’ Face to face groups are easier, she finds. 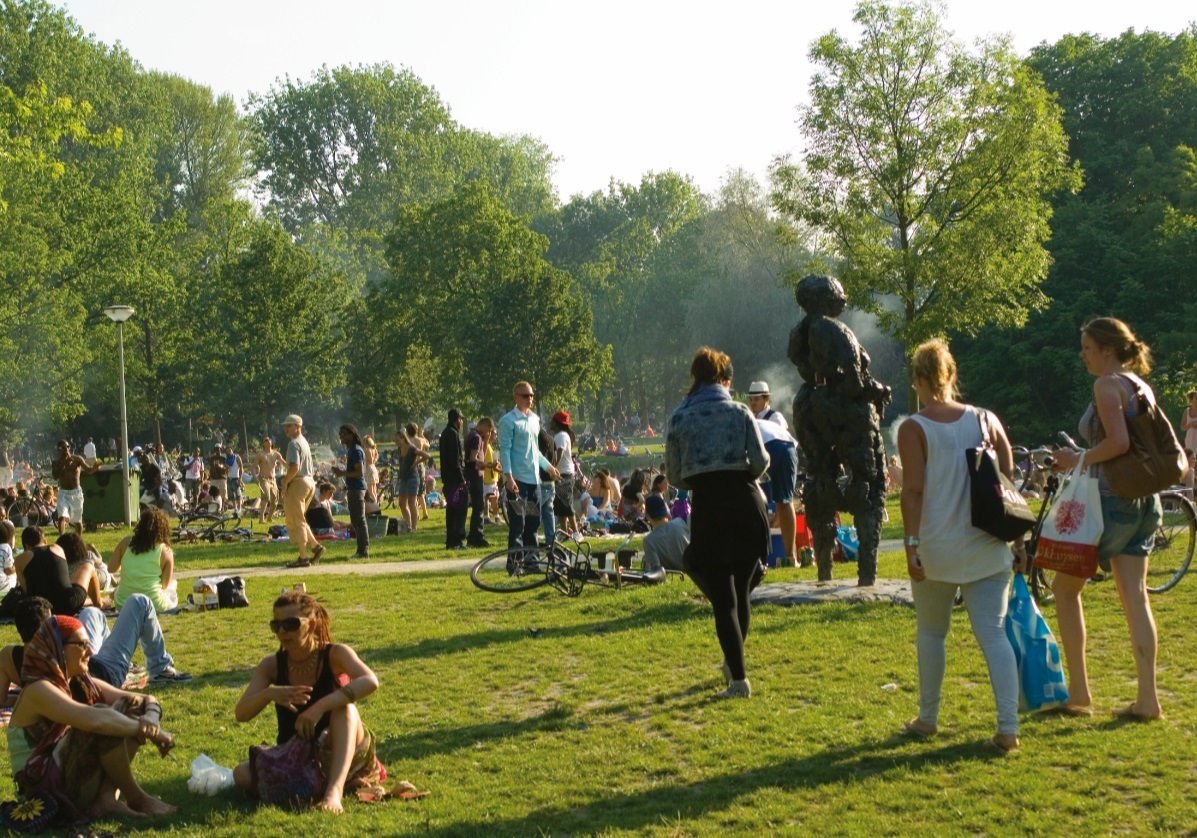 But, for many internationals, it’s not always possible to see everyone they want in real life. The distance from family and friends in other parts of the world means they communicate frequently via text and video chat.

And not all internationals in the Netherlands live in places with large international communities. Plus, we’re just busy and not everyone has the time and energy to go to a bar after work.

Lisette Sutherland has some advice. She’s a remote-working expert who has recently written a book on the subject. ‘When you’re communicating in an online environment, you have to adjust your communication style,’ she says.

Research shows people get tired faster staring at a screen than sitting together in person. Since you also lose a lot of that information about tone of voice and body language, people communicating online should be more patient with one another, as misunderstandings happen more easily.

She also advises companies that they need to find other ways of making sure their employees bond. ‘It’s harder,’ she says, ‘to build intimacy remotely.’