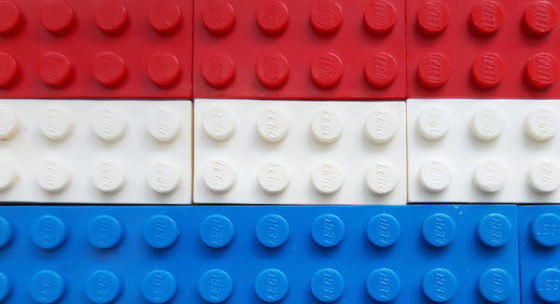 Serious art, serious spending on art and art to keep you amused at the seaside are among the offerings in October.

Find out what do do with your dosh
The John Adams Institute in Amsterdam is hosting American author of the book The Purpose of Capital Jed Emerson to discuss ‘impact investing’ i.e. getting your money’s worth but in a nice way. He is billed as outspoken en ‘sometimes cantankerous’ so that should be fun. October 1. Website

Come to the fair
The annual modern art fair Art The Hague kicks off in the first week of the month, with 50 galeries from the Netherlands and abroad. The fair features work from both established and as yet unknown artists so here’s your chance to pick up a bargain before prices go stratospheric. October 2 to October 6. Website

Get building at Lego World
It’s the autumn school break this month and the little darlings have to be amused or else. If you have a few euros to spare (entry is €19.50 a pop), why not take them to Lego World 2019 in Utrecht where a zillion Lego bricks in multiple configurations await. October 17 to October 23. Website For more ideas to get through the autumn break look here.

Find all 50
It’s mushroom time and the Kaapse Bossen in the province of Utrecht are home to 50 species. You can identify them all with the expert advice of a Natuurmonumenten guide. If the walk is full there are plenty of other autumnal outings on offer. October 10. Website 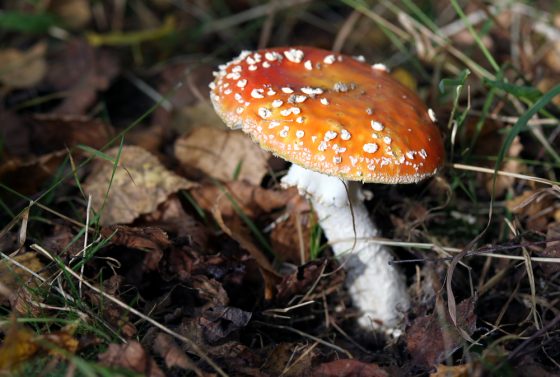 Be buoyed up by a Nana
Just the ticket for a sunny autumn day: a bracing walk on the beach followed by a tour of the jolly sculptures of Niki de St Phalle at the Museum Beelden aan Zee in Scheveningen. Colourful, energetic and fun, the Nana’s have lost none of their power to enchant. From October 5.  Website

Go crackers over Verkade
The Verkade sticker albums, which came out in the early 2oth century are a bit of an institution in the Netherlands.  Originally used as a publicity tool by the biscuit maker, the books, with illustrations by Jan Voerman Jr,  became an enduring hit. The albums depicting the four seasons were particularly popular. The drawings from the autumn album are now on show in the Zaans Museum on the Zaanse Schans. Until December 21. Website

Keep watching
Night Watching is us watching people being watched as they watch Rembrandt’s Night Watch. The new film installation by Rineke Dijkstra records the reactions of 14 groups of people to Rembrandt’s famous painting. The painting itself doesn’t figure in the film but if you watch carefully you will spot the subtle references to the work in the composition of Dijkstra’s cinematic triptych. The film is a tribute to the art of watching, Dijkstra said, because even a painting as well-known as the Night Watch can yield new discoveries and that goes for the people in our environment as well. Until December 3. Website 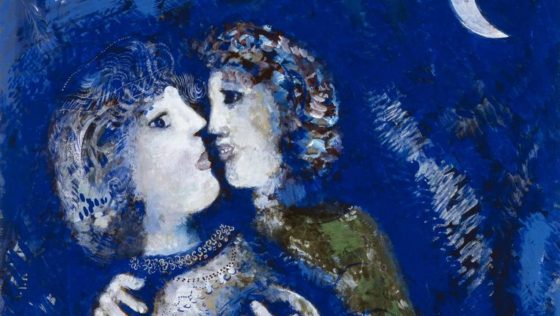 Meet the migrants
The Stedelijk Museum in Amsterdam has dusted off its collection of early 20th century greats for Chagall, Picasso, Mondrian and others: Migrant Artists in Paris. The exhibition looks specifically   at how the migrant experience – the prejudice the artists faced but also their ability to present an outsider’s point of view –  shaped their work. It’s a special occasion for lovers of Chagall whose 38 paintings owned by the Stedelijk will go on show for the first time in 63(!) years. Until  February 2. Website

Discover the klare lijn
Joost Swarte, the artists who invented the label ‘clear line’ (klare lijn) for his own and Hergé’s style of drawing, is celebrating 50 years as an artist at the Kunsthal in Rotterdam. It’s called Joost Swarte everywhere because his work is all around us, from cartoons and book cover designs to stamps and furniture. Swarte won international fame for his series of covers for the New Yorker magazine. Until January 19. Website

Enjoy the glitter
All that glitters really is gold. And diamonds. And more diamonds. Two centuries of fabulous jewellery worn on the chilly bosoms of the ladies at the Russian court at St Petersburg are on show at the Hermitage in Amsterdam. 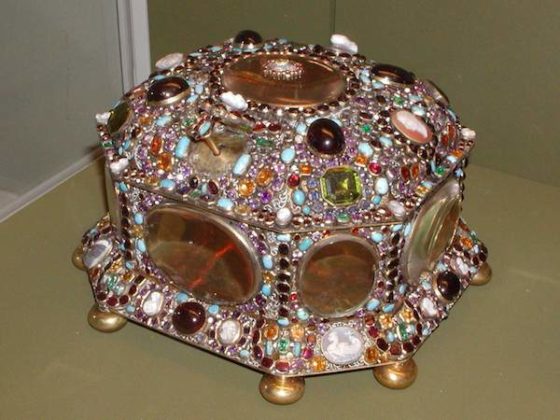 Many of the precious baubles – purchased from Fabergé, Cartier and Tiffany – would be sold by refugee nobles after the revolution or disappear altogether. One of the highlights of the show is Catherine the Great’s jewel encrusted jewel box. It’s a smallish box but we are sure she had others.  Jewels! is on until March 15. Website

Don’t miss
If you hurry you can still catch Van Abbemuseum’s impressive Eyewitnesses of conflict, Goya, Beuys, Dumas. The exhibition, which features another 11 artists apart from this seemingly incongruous trio, is about the way artists who witnessed conflict tried to make sense of their experiences through art. The show encompasses three centuries of art (and conflict) and contains prints by William Hogarth and Goya never before seen in this country. Until October 6. Website

Early bird festive
Who hasn’t enjoyed the very unconvincing cardboard scenery (with a couple of real sheep) in Hitchcock’s the 39 Steps? The stage version has lots of cardboard too but that is where the comparison ends because this cartoony, slapsticky, rollicking and much-lauded version of John Buchan’s classic  is played at break-neck speed by just four actors playing no fewer than 139 characters. Phew! December 6,7 and 8. Website