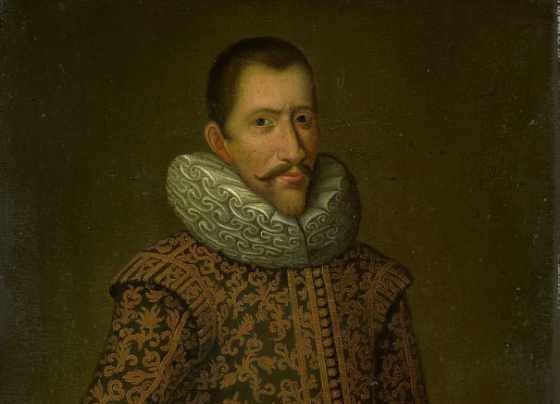 A portrait of Jan Pieterszoon Coen, part of the Rijksmuseum collection

The VOC is part of the Dutch heritage but its rise went hand in hand with structural violence against native populations, writes Leo Lucassen, a professor of global labour and migration history.


Two, seemingly disparate, studies made headlines recently. One was a large-scale survey by the SCP on Dutch identity, the other a wide-ranging analysis of the role of slavery in the development of the Dutch economy by the IISG.

Where many of the respondents in the SCP survey emphasised the importance of typically Dutch traditions, the historians of the IISG looked at Dutch history from a global perspective. Then as now, the Netherlands, or rather the Dutch Republic of the 17th and 18th centuries, was an open economy closely linked to developments in the rest of the world.

As the book ‘De Wereldgeschiedenis van Nederland’ (A world history of the Netherlands) shows, the first modern economy to play a an important part in the first round of globalisation (1500-1800) was taking shape on the North Sea coast from the 16th century.

This phase was not only characterised by unprecedented prosperity and a long period of mass immigration but also by a marked presence on the world stage. The success of the Vereenigde Oostindische Compagnie and the Westindische Compagnie meant the Indian Ocean as well as the Atlantic were crawling with Dutch ships engaged in fierce competition with England, France, Spain, Portugal for the biggest piece of a fast-growing pie.

Less attention is being paid to the fact that this geographic and economic expansion went hand in hand with structural violence against the original populations of the Americas, followed by the enslavement of an estimated ten million African men and women who were transported to the New World as slaves.

Most were shipped to the Caribbean islands whose populations had been murdered or transported shortly before, to work on large-scale plantations producing such popular products for the European market as coffee, sugar and tobacco.

This ‘tabula rasa’ method had been applied by Hoorn’s famous son Jan Pieterszoon Coen in 1621 in the Banda islands in East-Indonesia, where he had 15,000 people killed in order to replace them with Asian slaves, transforming the islands into the centre of nutmeg production.

This genocide may have been an extreme incident but the international study into the first phase of globalisation shows how ruthless violence is inextricably linked with the global economic expansion of the European seafaring nations.

Harvard historian Sven Beckert, who wrote a popular book on the history of cotton, coined the term ‘war capitalism’ to describe its impact. As we know, the aggressive drive for global expansion made the Netherlands rich. Most of our much-lauded Golden Age was built on it. The beautiful canal houses of Amsterdam bear silent witness.

The role of slavery in this economic success story cannot be denied. The ships of the Westindische Compagnie, with Middelburg as its main centre of action, covered 5% of all transatlantic slave transports. Some historians would qualify the Dutch involvement as marginal, but over half a million people were involved – quite a few if you consider this was a mini state numbering no more than 1.5 million people itself.

It is also said profits from the slave trade were not very high and only accounted for at most half a percentage point of GDP. That is true, but that doesn’t take into account the crucial role of enslaved Africans in producing the coffee, sugar, tobacco and later cotton which was shipped in huge quantities to Europe to be processed and sold on.

Very big profits were made there, the IISG study shows. In current affairs programme Nieuwsuur historian Pepijn Brandon explained that in the second half of the 18th century these profits made up around 5% of GDP for the whole of the Low Countries and double that of Holland (the present day provinces of North and South Holland).

That may not seem much but it is more or less on a par with the contribution of Rotterdam port to the coffers of the state at the moment.

The Republic found itself in trouble, moreover, and welcomed the money. The economy didn’t ‘rest on slavery’, as the NRC had it, but its financial benefits were not marginal by any means.

It is time the structural violence which accompanied global expansion at the time of ‘the first round of globalisation’ was given a place in Dutch history. This will act as a counterweight to the idea that the ensuing colonialism was ‘a wonderful project’ as Thierry Baudet told a Christian audience in Gouda recently.

This column appeared earlier on RTLZ