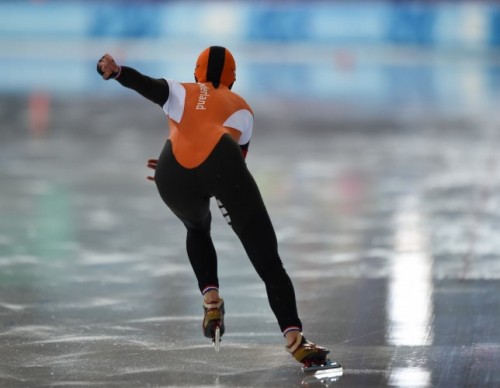 
When are the Winter Olympics?
The 23rd Winter Olympics will be held from 9 to 25 February 2018 in PyeongChang (which we will all learn to pronounce and spell correctly as the days pass), Gangwon Province, in the Republic of Korea. To show that sports does indeed unite people, the athletes from the two Koreas will be marching under a single ‘unification flag’.

Where can we watch?
There is a time difference of eight hours with PyeongChang, so any morning event there will have diehard sports fans here watching in their pajamas or fully dressed because they have not bothered to go to bed.  Here is the full programme.

NOS will be broadcasting live for 10 hours a day, on radio, tv and online.

Financial rewards
Winning Olympic athletes are given a medal bonus by sports body NOC*NSF. Olympic athletes depend on sponsor deals and monthly stipends so every little bit helps. A gold medal is worth €25,500, a silver medal €19,125 and a bronze one €12,750.

How many medals will the Netherlands win?
Did we mention the Dutch won 23 medals out of 36 in the long track skating category (and 1 in the short track event)? Well, this year the Netherlands will not do as well, according to sport data bureau Gracenote. Based on the statistics and the present performance level of the skaters, the Dutch will go home with six gold medals, eight silver medals and four bronze ones, six down from 2014. Long track and short track refer to the length of the track, btw, which are 400m and 111.11m respectively.

Who are the ones to watch?
According to Gracenote, Sven Kramer, Kjeld Nuis and Jan Smeekens will bring home the gold. Kramer will win 3 gold medals in the 5,000m, 10,000m and the team pursuit events while Nuis will pick up the 1,000m and the 1,500m and Smeekens the 500m – in other words, a clean sweep for the men.

Ireen Wüst is tipped for silver in the 3,000m, the 1,500 meter event and the women’s team pursuit. Short-tracker Sjinkie Knegt, current European champion over 500, 1,000 and 1,500m and the Netherlands first short-track medal winner, is also tipped to pick up a couple more. 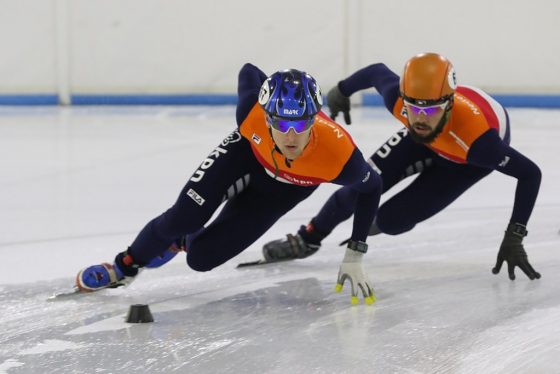 And who can keep Kramer, Nuis and Wüst from the top?
Anything can happen and the competition on some distances is stiff – often from the Dutch themselves.  Sven Kramer seems untouchable in the 5,000m and the 10,000m but will have to keep an eye on fellow Dutchmen Jorrit Bergsma.

In the 1,000m for men Kjeld Nuis must keep ahead of team mate Kai Verbij to win the gold. Ireen Wüst, however, will have arch rival Martina Sablikova from Czechoslovakia to see off in the 3,000m.

And the rest of the Olympics?
But enough about ice. Let’s talk about snow and how PyeongChang is unlikely to have much of it during the games. This is where former Dutch freestyle skier and Olympic contender Michiel Maas comes in. He makes the stuff via his company Polar Europa and, according to broadcaster NOS, will provide 25,000 cubic metres of the artificial snow to cover the jumps and ramps to ensure everything runs smoothly.

The Dutch devotion to speed skating leaves little time for anything else, but snowboarder Nicolien Sauerbreij, who competed in four winter Olympics, won the gold in Vancouver in 2010 – Oranje’s only non-skating winter Olympic medal.

This year Kimberly Bos is taking part in the skeleton event (where you hurl yourself onto a bobsled and whizz down an icy corridor at frightening speeds) thanks to another banned Russian athlete. Snowboarders Cheryl Maas, Michelle Dekker and Niek van der Velden will also compete.

Where to party?
No Olympic games would be complete without the Holland Heineken House and PyeongChang is no exception. This sponsored meeting place for sports people, sponsors, fans and bigwigs has been going strong since the Barcelona games in 1992 and is where the medal winners go after their victories to celebrate in true Dutch style.