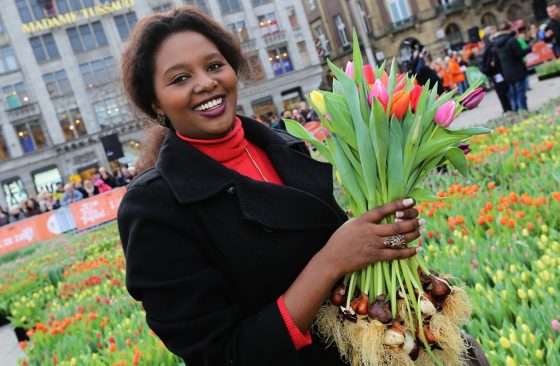 Bag a bloom
You know spring is on the way when the tulip season kicks off on a bitter January day. It’s National Tulip Day on January 20 and growers are creating a huge tulip garden on Amsterdam’s Dam square with some 200,000 tulips which you are welcome to pick, for free. The event begins at 1pm. Website

Bring your specs
Aptly enough you only have a very small window left to see ‘Xtra small. Miniature books in Museum Meermanno’, a large number of tiny books dating from the 17th century to the present. Making a miniature book was a way of showing off one’s bookbinding and printing skills and it still is. Until January 7 at the august former baronial mansion in The Hague. Website

Meet a painter of tulips
It is so heavily commercialised it is somethines hard to take the tulip seriously (see national tulip day). But painter Anton Koster (1859-1937) did and put the flower at the centre of his art. He was inspired by the tulip fields which lit up the drab Dutch country side around Haarlem and rendered them poetically but with a botanist’s eye for the bulb’s characteristics. A show of his work is now on until April 29 at museum De Zwarte Tulp in Lisse. Website 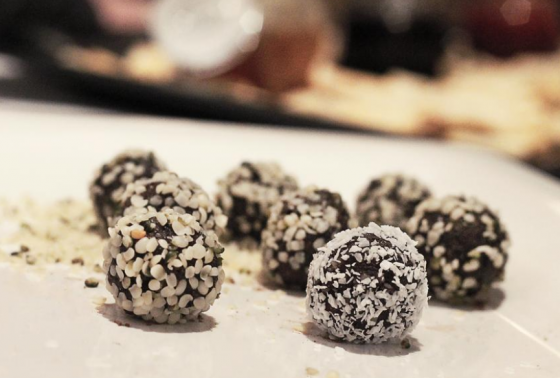 Taste high cuisine
Why not liven up a sombre January day with a visit to the Hash, Marihuana and Hemp Museum in Amsterdam to pick up a few culinary tips for a jolly dinner party  with friends. Hemp seeds are a super food practically bursting with omega 3, omega 6, iron, vitamin E and all essential amino acids, the museum says, while the buds come with a b(h)ang. Cannabis Cuisine is on until February 25. Website

Don’t be taken in
Another museum, another 18th century mansion. Museum Bredius in The Hague presents ‘Schoonheid misleidt’ or, in a Trumpean translation, ‘Fake Beauty’. The museum owns one of only six 17th century perspective boxes or peepshows and has made it the centre piece of an exhibition on art that was created to wrongfoot the viewer. Until April 1 (!). Website

Get a sugar fix
Sticky Business, the Temptation of Sugar in Art tries to explain people’s relationship with what the Stedelijk Museum in Schiedam calls ‘this social issue’. The exhibits include women made of candy that can be licked, and artworks  inspired by the political issues surrounding sugar, such as slavery and food addiction. On the bright side there is a mountain of sweets several metres high which will provide a valuable educational moment for parents foolish enough to take their kids. Until February 18. Website 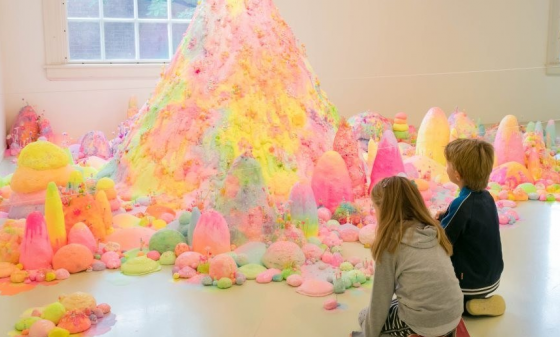 Find out what trees do in winter
The University of Leiden’s Hortus Botanicus is organising a guided winter walk along its dormant trees. Nice and melancholy and timed just right for a warming snifter afterwards. January 14. The walk starts at 12pm and you can just turn up.  Website

Discover a band
Aspiring bands who are selected for the Eurosonic Noorderslag festival in Groningen are heading for success. Be there to see the megabands of tomorrow. Hot tips are SMIB, Declan McKenna and Thomas Azier. January 17 to January 20. For tickets and info go to the website

Take a ‘pont’ to the EYE
The EYE film museum in Amsterdam is exhibiting the cinematographic work of Danish artist Jesper Just. Just, who engages a professional film crew and trained actors for his large film installations, unsettles by using extreme sound effects and by lifting architectural icons from their familiar environment. His themes, EYE says, are ‘gender, longing, relationships and identity’. Until March 11. Website 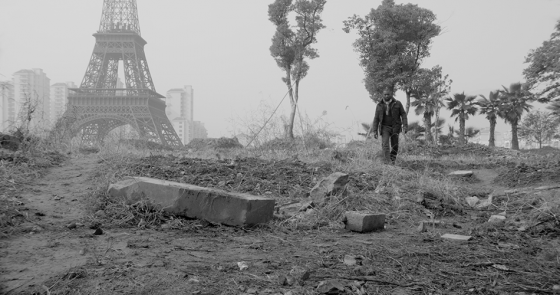 Get your skates on
On January 18 the Olympic Stadium in Amsterdam becomes the coolest ice rink in the land where beginners fall flat on their faces and experienced skaters can improve their style. There are skating and curling clinics and for those who only like to watch there is the ISU Worldchampionship Allround skating to enjoy from March 9 to March 11. Website

Look at some lace
The Rijksmuseum shines a light on the collars and cuffs of the high and mighty. The museum is displaying the finest pieces of lace in its collection which is the largest in  the Netherlands. It comprises some 3,500 pieces dating from the late 16th century to the early 20th century, thanks in no small part to queen Wilhelmina who loved a bit of lace. Until July 22. Website