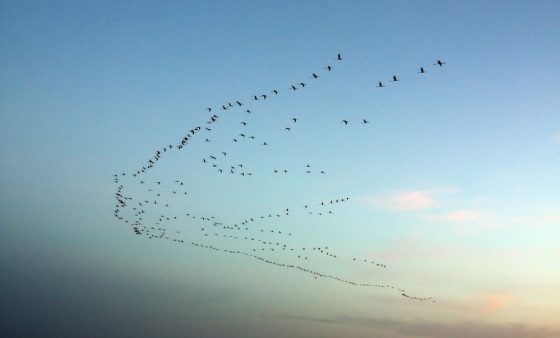 Molly Quell is an American journalist living in the Netherlands. She blogs at Neamhspleachas about anything that strikes her fancy and you can also follow her on Twitter at @mollyquell. Note: Molly is DutchNews.nl’s social media editor.

‘How do you describe yourself – an expat, lovepat, immigrant, international etc ?’ It’s one of the questions on the Dutch News’ 10 Questions interview. It’s also a question I occasionally get asked.

Expat, short for expatriate, has a long and sometimes problematic history. The word comes from the Latin terms ex (out of) and patria (native country) according to Wikipedia. So literally someone out of their native country. But English has a lot of other words that cover that concept as well. Immigrant. Migrant. Exile. Resident. Emigrant.

People have been moving abroad since before national borders were a thing. In more recent history, people have been forced to leave their homeland due to war, famine, persecution or natural disaster. Or they have chosen to go, as missionaries, diplomats and merchants.

In recent parlance, expat is commonly used to refer to people who are sent abroad on short-term work assignments. It connotes rich white people. Poor people are immigrants while rich people are expats. But that’s not universal. I was listening to a podcast about Manischewitzof all things and the podcast host referred to her Haitian mother as an expat. She’s described as working in domestic service, so likely not a rich person sent abroad by their employer.

As the world has gotten smaller, as the internet has created more global work opportunities, as international air travel has made it possible to jet set, as the economy has become more interconnected, there’s been a muddling of the traditional definition of expat. If you study abroad and then land a job in that country, does that make you an expat? What if you’re a global nomad? Or if you retire in another country to enjoy a lower cost of living and sunnier weather?

Both immigrant and emigrant imply a permanency that doesn’t cover my situation. I live in the Netherlands and probably will for the foreseeable future, but I’m not sure I’ll stay here forever. And I didn’t move here deliberately to stay. I’m not an exile (no matter how badly Trump’s Twitter feed gets.) I’m not an expat because I’m not here for work and it’s no longer temporary. I am a resident of the Netherlands, but that seems to only cover half the problem for me.

The English language has not caught up with what I am exactly, it seems.

This blog was first published on Neamhspleachas.