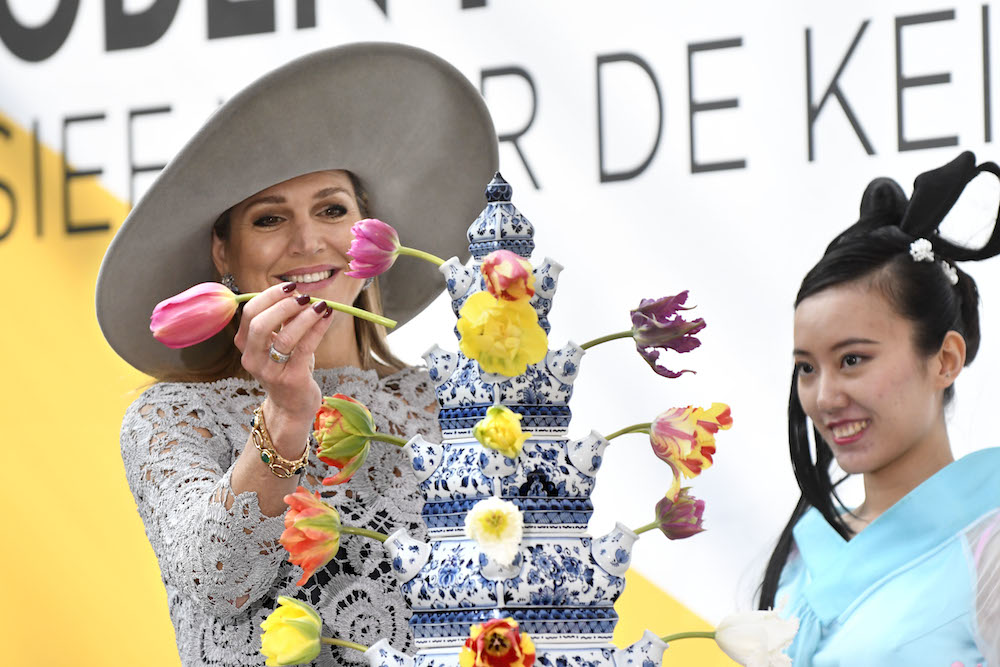 Artefacts once considered not good enough for the gaze of the Chinese emperor have now finally been viewed by Dutch royalty. Moira Holden finds out more about a collection of porcelain which was never meant to be seen.

Queen Maxima opened Forbidden Porcelain: Exclusively for the Emperor, a painstaking restoration of broken china from the Far East, now on display at the Prinsenhof Museum.

The porcelain was originally made and destroyed without being used by the emperor because it was considered not perfect enough for the ruler’s eyes.

The emperors of China’s Ming dynasty demanded absolute precision when it came to porcelain. If there was merely a hint of imperfection in the china, it was deemed unsuitable to be presented to the imperial court and was broken up and buried.

This ‘waste’ has now seen the light of day after lying hidden for many centuries in the Chinese city of Jingdezhen, the centre of the imperial pottery workshops. Fast forward hundreds of years and it is now being appreciated following its excavation and restoration even though it was never meant to be seen.

Fragments of broken china have been made whole again following their discovery in the 1980s and are being exhibited for the first time outside of Asia. The stunning craftwork of these artefacts which were rejected is a clue to the high expectations of the emperors. 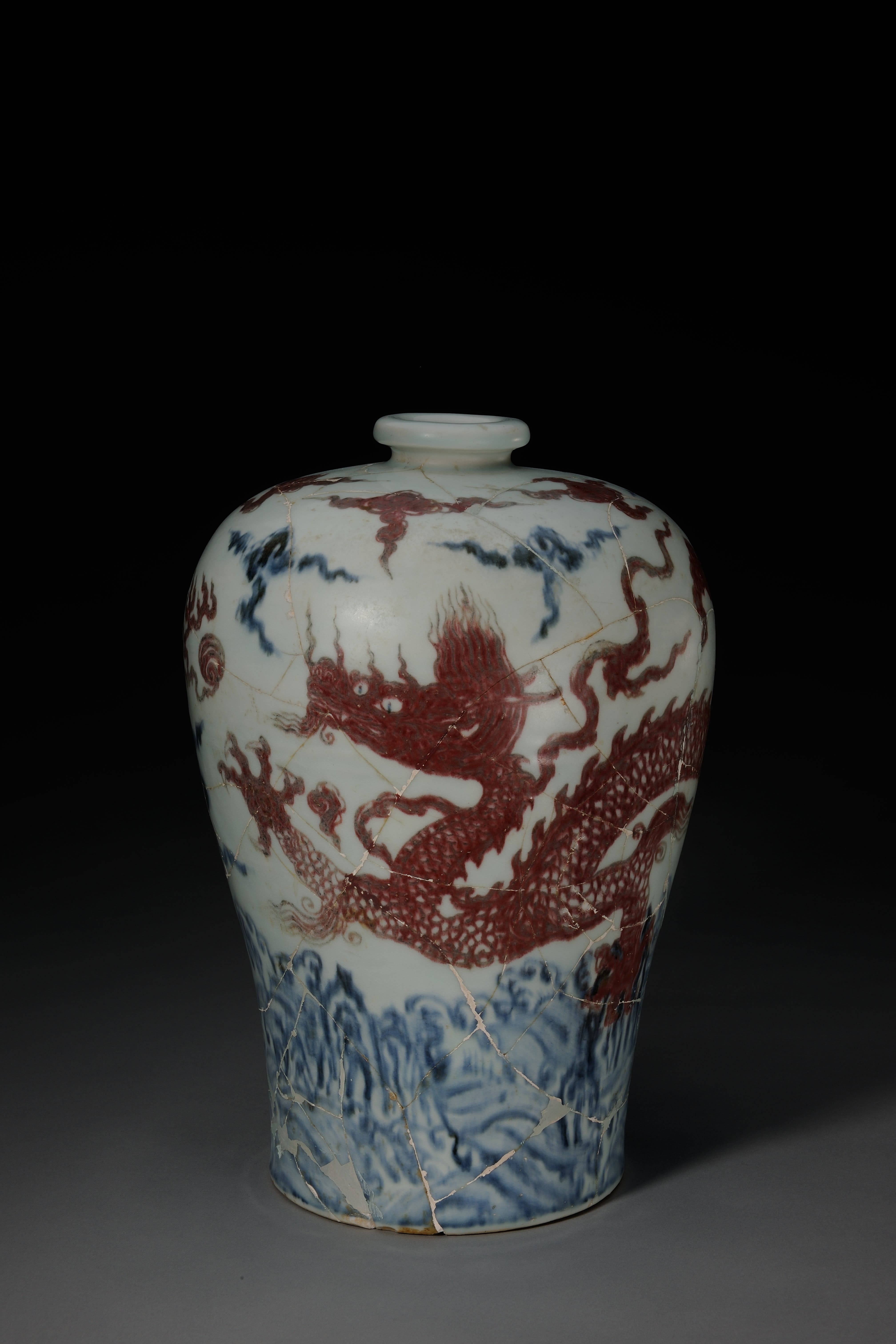 One of the highlights of the collection is a dragon vase made and destroyed in the early part of the 15th century. ‘We know it was made specifically for the emperor because the dragon has five fingers,’ explains Suzanne Kluver, curator of decorative arts at the Prinsenhof.

Other pieces of porcelain on show include products from 1368 up to 1644, ranging from ceremonial religious china used in temples, to wine cups, bowls and dishes for food. The recovered pieces of china also illustrate the popularity of keeping and breeding birds at the imperial court.

Many bird-feeding dishes have been found during excavation. The birds were fed hemp and water in a bid to make them sing more beautifully. Crickets were also popular because of their chirping sounds and were used in fights against each other. Several cricket boxes were discovered from the time of emperor Xuande’s reign in the 15th century.

Kilns were discovered at the pottery workshops at Jingdezhen in the 1980s when some buildings were knocked down. The excavation of this site yielded an archaeological treasure of deliberately broken fragments which were eventually made whole again.

The area was rich in the necessary raw materials. Porcelain is made from a specific type of clay – kaolin or china clay – and it can be fired at a high temperature of 1100-1300 degrees C without losing its shape. The very fine particles fuse together to form porcelain after three days.

After this process, the pieces would then be evaluated for the emperor. Those that passed the test would be sent on the 1350-km journey to Beijing, while those that didn’t would be immediately broken and buried.

‘The region has hills around it and is near the river because they needed wood to be brought there to fire the kilns,’ says archaeologist Steven Jongma. who carried out excavation work on the site. ‘Over the centuries, the potters’ waste was buried in the lowlands and the river would flood and cover them with clay, leaving layers of soil and broken pottery.’

Stratigraphy – the study of the layering of the soil – reveals the dates of the buried porcelain. The different pieces of china on show in the exhibition can be roughly dated by their position in the layers of soil.

Delft and Jingdezhen share a link in the history of ceramics. The blue and white porcelain crafted in China was brought to the Netherlands by the Dutch East India Company in the 17th century.

This is what inspired potters in Delft to imitate the Chinese designs and manufacture delftware, although it’s made with a different type of clay and produces a white glaze. Both cities still produce pottery today.

‘I find a lot of pottery here in Delft during excavations here on a pretty regular basis,’ said Drs Jongma, ‘so it was very exciting for me to help with the excavations in China as well. Finding the porcelain in the soil was a real adventure.’

Forbidden Porcelain: Exclusively for the Emperor, runs until 9 July 2017.