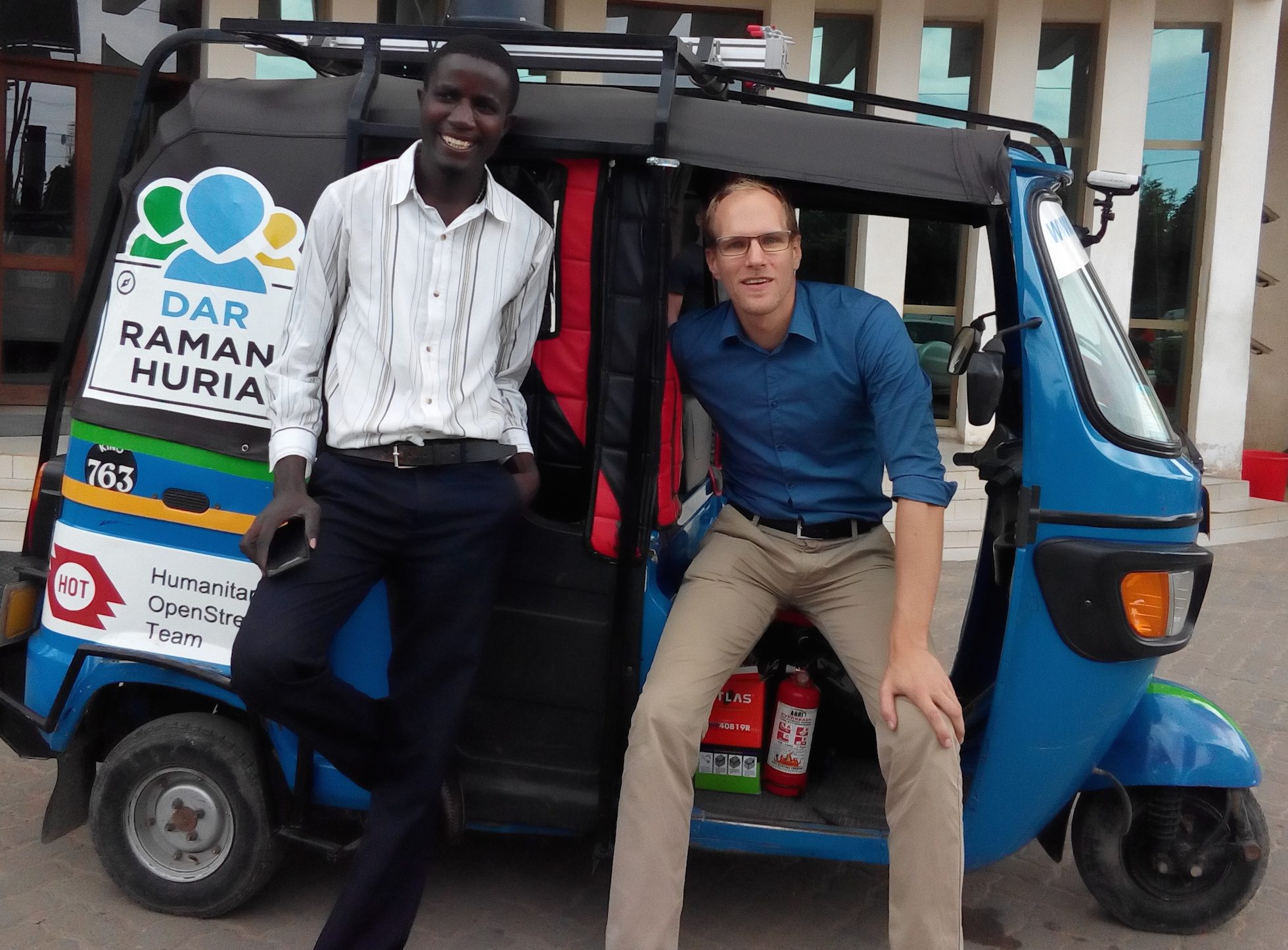 Since Hurricane Matthew swept through Haiti last month Paul Uithol and a team of volunteers have been using online maps to help rebuild devastated communities, as he explains to Moira Holden

Modern disaster relief is about data as much as food and shelter. In the aftermath of Hurricane Matthew, the most powerful storm to hit the Atlantic for a decade, aid agencies in Haiti have been using data from OpenStreetMap to plan the distribution of vital supplies to areas of the country.

‘Not everywhere is covered by Google Maps, and in particular not the less developed areas that also have little resources and capacity to prepare for and respond to natural disasters,’ says Paul Uithol of the Humanitarian OpenStreetMap Team (HOT). ‘The least mapped countries are those which have massive issues.’

The 34-year-old became involved in HOT two years ago, having started using OSM as a student at the University of Twente. ‘It struck me immediately as an awesome and very powerful way to make use of the OSM platform,’ he says.

Established in 2006, OpenStreetMap (OSM) is dedicated to providing a web platform to create a free and open map of the entire world. The American Red Cross is one of the agencies that used its data as it helps to rebuild Haiti. Crucial information on roads, buildings, schools, hospitals and shelters helps it to the priority areas in Haiti and estimate what support they need. Most data supplied by HOT comes from volunteers – the organisation has been working on disaster response projects with the help of local communities.

Paul’s background is in telematics – a combination of electrical engineering and computer science – and cartography. Paul worked with friends on a system to try to keep track of the runners in the Batavierenrace, the world’s largest relay race, to ‘try to find some order in the chaos’ of 8,000 runners travelling over a 200km course.

‘We initially made some horrible mistakes in our usage of maps and treatment of cartographic detail,’ he said. However, with the help of the Faculty of Geo-Information Science and Earth Observation of the University of Twente (ITC), his team developed the Batavieren Positioning System (BPS).

After university Paul founded a company in location-based services, using lots of open geographical data and services on projects for government agencies, including the Dutch railway network NS. ‘Some years and companies later, I found myself in Dar es Salaam, and in a position to apply my combined cartographic and management knowledge in a completely different context,’ he says. ‘It’s been an incredible experience since then.’

Paul has also been to Tanzania and Uganda to galvanise communities into carrying out mapping exercises to help with the severe seasonal flooding. In Dar es Salaam, the objective of the project is to map all of the drainage and water systems of the city with the help of students and volunteers.

The collected data will be worked into improvements to the infrastructure so that preventive measures can be taken to reduce the threat of flooding. Many of the volunteers in Tanzania had been directly affected by the problem, so they are highly motivated to make a difference.

‘Universities are perfect locations to find bright, young people willing to take on difficult challenges,’ says Paul. ‘Moreover, these are also the people that often turn out to be the future leaders in their country and can benefit a lot from the experience and knowledge gained.

‘Being in the middle of it, at times it can be pure crisis management. It’s very hectic and things will go wrong in new and unexpected ways just about every day. There are cultural challenges because management styles differ in effectiveness in different cultures, or time is not regarded as so important, making it hard to arrange appointments or have people be when and where you’d like them to be.’

HOT has 23 staff and 20,000 volunteers around the globe. For Haiti over 2000 users contributed more than 2.5 million map edits, based on imagery before and after the hurricane – some of the data had already been available since the 2010 earthquake.

Medecins Sans Frontieres is another important partner for HOT because it uses OSM data to co-ordinate vaccination campaigns, fumigation, and contact tracing – during the Ebola crisis – as well as other actions to stop the spread of disease.

‘I don’t really see myself going back to commercial software engineering any time soon,’ says Paul. ‘The work I’m doing with the communities in Uganda, Tanzania and in other countries is immensely rewarding, and I really enjoy seeing so many people grow and learn so much during these projects and to be able to play a part in that.’