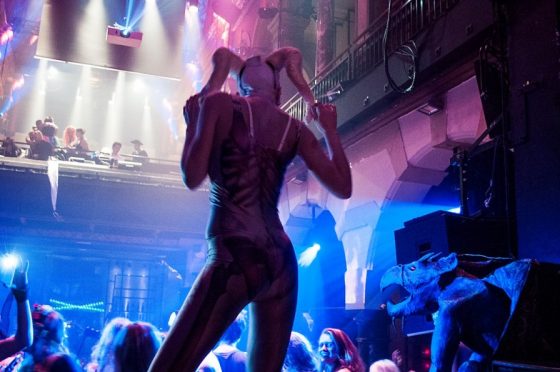 Though still not nearly as popular as Koningsdag, Halloween has been steadily gaining devotees in the Lowlands in recent decades. Brandon Hartley has put together a creepy collection of local events where you can celebrate the most spooktacular time of the year.

Halloween Fright Nights
Biddinghuizen, until October 30
The Walibi World theme park is once against hosting this colossal Halloween extravaganza. Do you dare experience its horrific events, activities and performances? Those who are not faint of heart or weak of stomach can try their luck in the haunted Jefferson Manor, or a blood-soaked clinic lorded over by the mysterious and malevolent Dr. Adams. The park’s other ‘scare zones’ are devoted to pesky pirates, mischievous monsters, yucky yokels and vexing video game characters. You can also dig into the Halloween Buffet or even spend a night in one of Walibi World’s cottages.

Amsterdam Halloween Festival
Until October 31
This annual Halloween blowout has been going strong for over a decade. The 2016 edition will feature makeup workshops and family-friendly activities at Ripley’s Believe It or Not! throughout the month of October. Mr Horror’s Halloween Horror Show, an all night movie marathon, is also set to return to the Tuschinski movie theatre on October 29. The festival’s infamous annual costume party is taking over the Hotel Arena the same night and will feature a sci-fi theme. Expect an ‘intergalactic lineup’ of 35 artists and DJs in addition to a small army of cosplayers and Halloween diehards in costumes that must cost more than an average month’s rent in the nation’s capital. 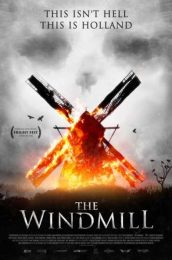 Amsterdamned Film Festival
October 26 – October 28
Several films from the worlds of horror, fantasy and beyond will be screened at this event hosted in the Filmtheater Kriterion. Along with a restored version of David Bowie’s 1976 cult classic The Man Who Fell to Earth, the line-up also features 2016’s The Windmill, in which a group of international tourists encounter a Dutch miller who prefers to grind bones instead of grain. The real draw, though, is a 28th anniversary screening of Amsterdamned on October 26 that will include an appearance by director Dick Maas and members of the cast.

Halloween in Concert
Nijmegen and Arnhem, October 27-28
Conductor Daniel Raiskin and the Arnhem Philharmonic Orchestra will take their audiences on a journey through some of history’s most hair-raising symphonies. They’ll be tangling with Saint-Saëns’ ‘Danse Macabre’, Mussorgsky’s ‘Night on Bald Mountain’ and more during these two performances.

Haunted Castle
Lisse, October 28-29
The historic Keukenhof Castle in Lisse, between Amsterdam and Leiden, serves as a majestic neighbour to the iconic garden during the spring months. Every October, though, it’s invaded by a cavalcade of werewolves, psycho killers, vampires and no less than a dozen zombies. They might be a bit scary but they’re a lively bunch. You can join them as they celebrate Halloween at this event that features activities, performances and walk-through haunted houses populated by everything from ghosts to evil dolls. If you’ve ever wanted to eat a cupcake with a severed ear made out of marzipan on top, you’ll probably find one in the castle’s creepily cool annual market.

Zombiewalk
Rotterdam, October 29
If covering yourself in fake blood and festering wounds is your idea of a good time, you might want to head to this gathering of the undead. Dozens of zombies will once again stagger through the streets of Rotterdam as they tour the city, take in the sights and (hopefully) avoid biting any innocent bystanders. Admission is free but those who would like to look like one of the creepy crawlers from The Walking Dead can show up early to have their makeup put on by a professional team of artists for an additional fee.

Halloween Hairball
Amsterdam, October 29
If you’re not in costume, you won’t get in to this all-night, adults-only Halloween fiesta, which is heading for Paradiso’s Tolhuistuin this year. Those who get into the right spirit can look forward to burlesque performances, horrific sideshows and dancing ‘go go ghouls’. Zombie rockers Sir Bald Diddley and His Ripcurls will perform followed by sets featuring DJs Ir VenderMummy and Deadly Daan Modern.

Director’s Cut: Goeie Mie Recomposed
Leiden, October 31
Leiden’s very own Maria ‘Goie Mie’ Swanenburg was one of the Netherlands’ most notorious serial killers. By the time her reign of terror ended in 1883, she had managed to murder no less 27 innocent souls. Some say the real number of her victims could be well over 90. A movie devoted to her life and crimes will screen on Halloween night at the Vrijplaats in Leiden as part of the city’s annual international film festival. Director Henny Hartevelt will also be on hand to discuss it after the screening.

Halloween in Houtwijk
The Hague, October 31
The custom of knocking on doors and collecting armfuls of candy is still a rarity in the Netherlands, but this suburb of The Hague goes all out for the holiday. Its family-friendly celebration features elaborately decorated houses and trick-or-treating for children and their parents. Now celebrating its fifth All Hallows’ Eve, the event is a collaboration between local businesses and residents.