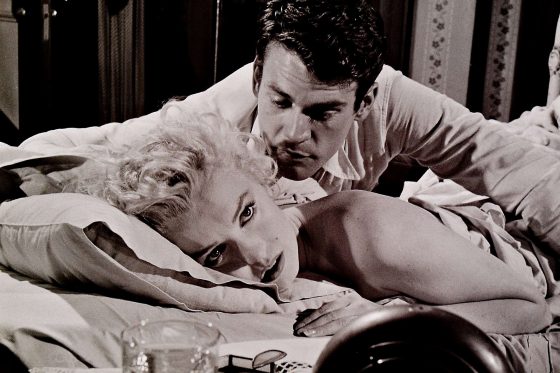 On June 1 actress Marilyn Monroe would have turned 90. That, and the lucky discovery of a substantial collection of Marilyn-related objects practically on the Dutch doorstep, has prompted the Nieuwe Kerk to mount an exhibition ‘reflecting on the life of a female icon’.

The exhibition is almost completely made up of items bought by German collector Ted Stampfer, who also collects Rock Hudson memorabilia. At his Mannheim treasure trove, Stampfer has over 700 items relating to the star – including such startling ones as a few strands of Marilyn’s hair in a curler and a half-empty pot of face cream. He describes himself nevertheless as someone who likes to ‘keep at a safe distance from Marilyn fanatics’.

Stampfer’s chance came when many of Marilyn’s personal and professional possessions  were auctioned off in the nineties after having been boxed up for forty years. No doubt Stampfer will be found in the auction room again in November this year. That is when the largest collection of film costumes worn by Marilyn comes up for auction, including the black dress she wore in Some Like it Hot.

De Nieuwe Kerk managed to borrow some 140 objects owned or worn at one time by the actress. ‘We have lots of different types of objects,’ says Nieuwe Kerk spokesperson Martijn van Schieveen.

‘There are her clothes – a turtle neck sweater and black-and-white capri pants which was one of her looks – dresses from several of her films, jewellery, a quite moving little silver baby cup with her name engraved on it.. We also have interesting documents, such as contracts and scribbled notes. Marilyn was a highly organised person and kept her bills and diaries, of which we have a few as well.’

Also on show is some of the boxes that contained her medication ‘a poignant reminder of how she died’, says Van Schieveen.

One of the exhibition highlights is one of two nearly identical dresses costume designer William Trevilla designed for Marilyn Monroe. The one on show in the Nieuwe Kerk is not the dress Marilyn Monroe wore in The Seven Year Itch (1955) when she stood on that draughty New York subway grate trying to keep her dress from wrapping itself around her head. It apparently took three hours and 14 takes before director Billy Wilder was happy. The several thousand onlookers could have stayed there all night. Not that Wilder was happy for long: the final version of the scene was shot on a Hollywood lot.

William Trevilla later called the ivory halter-neck number ‘that silly dress’. He had, in his opinion, designed far better dresses for Marilyn, among which the pink dress she wears in Gentlemen prefer Blondes when she sings Diamonds are a Girl’s best Friends.

In 1971 the dress Marilyn wore in the film was bought for 200 dollars by actress and musical star Debbie Reynolds who had become an avid collector of Hollywood memorabilia and costumes when she was a young actress (with remarkable foresight). Financial difficulties and the failure to find backing for a museum finally forced her to part with the collection. In 2011 that dress fetched a staggering 4.6 million dollars. The dress on show in the Nieuwe Kerk forms part of the Maite Minguez Ricart collection.

And what about that curler with Marilyn’s hair and that pot of face cream? ‘Yes, they’re both here,’ says Van Schieveen. Doesn’t he think the inclusion of these objects is…well, a little bit too morbid and intrusive? ‘Not at all. It’s fantastic to have them. What better than to have the icon’s DNA right here in the Nieuwe Kerk? It brings her that much closer.’