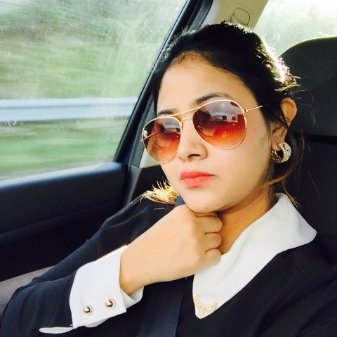 Originally from Calcutta in India, Shazia Khan, 32, lives in Eindhoven with her husband and two children. Shazia runs her own fashion business, has learned to tone down the chili in her cooking and says her son is her Dutch teacher because he points out her mistakes.

How did you end up in the Netherlands?
We left India, and after living in Turkey for a year, my husband was offered a position at Delft University of Technology. We moved to Delft and two years later, when he changed jobs, we moved to Eindhoven. I’ve now been in the Netherlands for eight years.

How do you describe yourself – an expat, lovepat, immigrant, international, etc ?
I see myself as an international because I have a strong interest in learning about other cultures, especially the culture of the country where I am living.

How long do you plan to stay?
I think that we will be staying in the Netherlands for a long time. My kids go to local schools and are growing up as Dutch (although they speak Hindi at home), so turning back seems very difficult. Setting up my own business has also helped to make me feel integrated into the local community.

Do you speak Dutch and how did you learn?
Initially I encountered problems due to language, especially when dealing with the tax office, which would have been complicated even without the language barrier, but it is much better now. I speak Dutch with my neighbours, Dutch customers and the other parents at school. At the moment I am preparing for my final inburgering exam. Actually to be honest, my son has become my Dutch teacher as he quickly pinpoints my mistakes, so that I am learning every day.

What’s your favourite Dutch food?
I have a sweet tooth so it would have to be those deep fried New Year dough balls oliebollen, which are similar to an Indian dessert that I like.

Which three Dutch people (dead or alive) would you like to meet?
I would like to talk to Anne Frank about how she managed to maintain her positive outlook in spite of living in such a difficult situation. I would also like to meet Gerard Philips because he opened opportunities for social entrepreneurs in the Noord-Brabant region. Princess Beatrix is also someone I think would be interesting to meet because she is often described as having a very strong personality.

How Dutch have you become?
I guess I have become half Dutch. I ride a bike and make my own version of stamppot. I have learned to leave out the chili when cooking for Dutch friends, especially after my experiment with reducing a five-chili recipe to only one chili was still too spicy for them. From starting my own fashion business I understand what Dutch women like to wear, and have even made one customer very happy by turning a beautiful sari into a gown that she could wear easily in the Netherlands.

What’s your top tourist tip?
The Keukenhof – I love the space and the tulips!

Tell us something surprising you’ve found out about the Netherlands.
In the Netherlands the concept of time is ‘absolute’, so when you have an appointment for 15.00 hours it really means 15.00 hours. In India it is a bit more ‘semi-absolute’. Arriving half an hour late for an appointment is totally acceptable, especially using traffic as the cause of the delay. I was also surprised by how limited social contacts are in the Netherlands. This is different in India, where social contacts don’t require making an appointment. There friends and family often visit, saying ‘I was just passing by your neighbourhood so I thought I would drop by for a few minutes’.

If you had just 24 hours left in the Netherlands, what would you do?
I hope that it does not happen but if it did, I would like to spend the time cycling along the streets of Delft. Delft is my landing city, the place where I lived for two years and where my eldest son was born.

Shazia Khan runs her own business selling traditional and Indo-western clothes, jewellery and leather accessories all over the country.