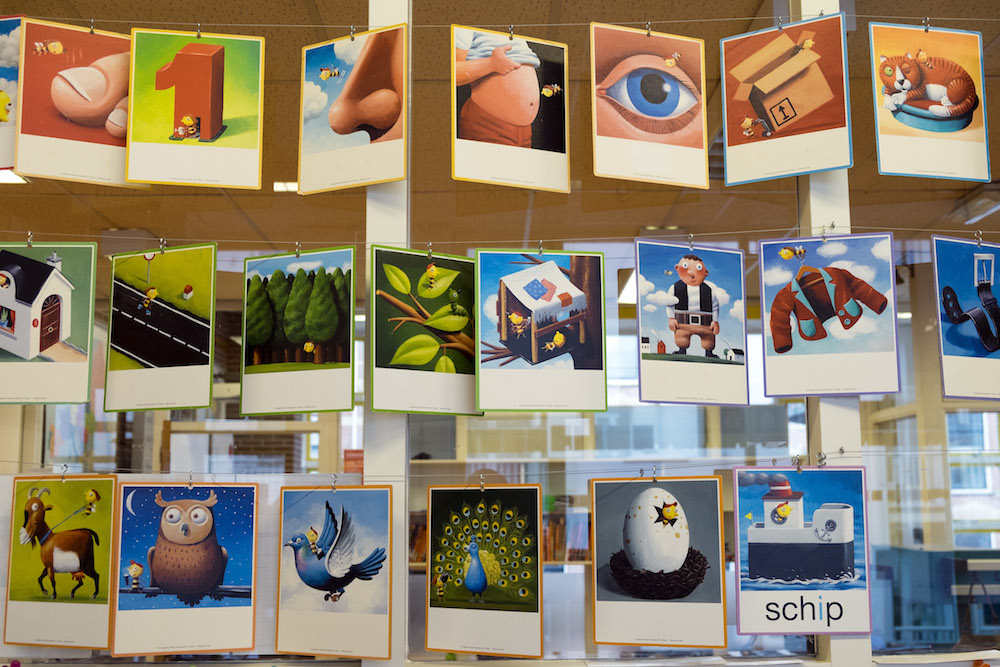 Five years ago Molly Quell moved to the Netherlands as the wife of an academic for a short term project.. Now she’s single, has fallen in love with the country and finds herself in the unexpected position of having to integrate.

We’re far enough into the New Year to have reached the point where people have dropped the pretense of their resolutions and gone back to sleeping in, ignoring their gym membership, boozing it up and spending too much money. I, however, have kept mine.

It’s not because I have more willpower or am a more moral person (hell, I’m still in my pajamas and just had four chocolate chip cookies for lunch.) It’s because at the end of this year I have a looming deadline. The dreaded inburgering.

This website just finished running a three part feature about the exam and, after reading those horror stories, I thought it would be fun to try it out for myself.

Due to the current terms of my visa, I am not obligated to integrate. But I want to. Having permanent residency makes a number of things easier, including negotiating contracts and finding housing. It also means I don’t have to wait anxiously every year to find out whether or not my visa will be extended.

I have two choices: Inburgering or NT2. Supposedly, the integration exam is easier, so I figured I’d take my chances with that.

The integration exam has five components: Reading, Writing, Listening, Speaking and (the infamous) Knowledge of Dutch Society. (I arrived in the Netherlands prior to January 1, 2015 when the rules changed. You should check with IND, your lawyer or an astrologer to make sure you’re on the right track.)

Four-fifths of the exams is essentially speaking Dutch. And my Dutch language proficiency is limited.

I moved to the Netherlands in 2011 with my partner who had taken, what was supposed to be, a year-long post doc position at a university. Shortly after we moved, we enrolled in a course at a local community centre offered by the local government. When the course began a few weeks later, I’d found a position working at a nearby international school.

Let me be frank. Working 40 hours per week, with an hour commute each way is challenging. Add to that a three-hour long course twice a week, as well as five hours of homework a week and it is exhausting. Tolerable, but exhausting.

When you factor in the utter dysfunction of the course itself, co-taught by two instructors who didn’t seem to like each other very much, a lack of syllabus or even class schedule and the refusal of the instructors to speak to us in English (so much so that, on the first night of class, the teacher would not tell me where the bathroom was because I couldn’t ask the question in Dutch), it was terrible.

I vowed I would not set foot in another Dutch classroom and, as I was expecting to move back to the US shortly after the course ended anyway. it didn’t seem too unreasonable. Instead my partner was offered another position. We stayed. Then, the relationship ended. And I stayed.

Upon deciding that I did want to stay here, I revisited my anti-Dutch language stance. I was no longer in the position of living here because of someone else. I was choosing to live in the Netherlands and, as such, I wanted to learn Dutch.

So I found a friendly Belgian to teach me.

He is a retired engineer who is spending his golden years travelling the world and tolerating a group of foreigners butchering his language. Unlike my previous experience with learning Dutch, I actually enjoyed the experience.

We discussed the news, we read Suske and Wiske, I baked cookies, his wife gave me flowers. Most surprisingly, my Dutch improved. I was starting to understand the conversation among my colleagues at lunch. I could chat a bit with the other dog owners at the park.

If this was a fairy tale, the story would end here, with a fancy script reading ‘And they all lived happily ever after. The End.’

Don’t believe Disney. Life is not a fairy tale.

In 2015, my immigration lawyer pointed out that I could, in 2016, apply for permanent residency. No more fees paid to IND. No more anxiously waiting to see if I could stay. No more gathering paperwork in triplicate. All I had to do was pass an exam and I would be home free. Since the lawyers fees and the IND fees alone would finance a nice vacation every year, I was interested.

Then a few months ago, my visa renewal was rejected. IND had, again and without notice, changed the paperwork requirements for my residency permit. Ultimately (and after spending a lot of money on my lawyer and my accountant and a lot of hours at IND) it was approved. The day I received the approval letter, I had a Dutch lesson. I walked in and asked my teacher what I had to do to pass the inburgering exam.

‘First, you should probably learn how to pronounce inburgering correctly.’

We found a textbook, I ordered it and a week later, my doorbell rang, during dinner, of course. The DHL guy handed over a package with the course materials which I put down on the stairs before rushing back to save my pasta from boiling over. Five minutes later, I thought I heard suspicious noises coming from the living room.

My dog was using the box as a chew toy.

I was able to rescue the course materials from the clutches of my dog’s jaws and fortunately they were unscathed. A few days later, I felt like a kid on the first day of school as I took my shiny new textbook and folder of materials to my Dutch lesson.

My Dutch instructor went through it approvingly. He emphasised the importance of using the e-learning portion, so that I could listen to the pronunciation as well as practise it myself. The e-learning programme was contained on the eight accompanying CDs.

I haven’t had a CD-rom drive since college. I didn’t even know they were made anymore. I even asked the ICT department at work if I could borrow a laptop with a CD-rom drive. The student helper at the desk didn’t know what a CD-rom drive was. I was officially old.

But, fortunately, not out of luck. Buried in the fine print, in a brochure, there was mention of the e-learning programme being available online. One quick trip to the website later and I was set up.

I’ll spare you the gory details of the first few weeks of the course. There was a lot of counting (but only to twelve) and naming of colours (does anyone else confuse purple and Easter in Dutch?). There are also a lot of lessons about body parts and bleeding. A child bites its lip till it bleeds. Another child cuts its finger on a knife. I’m unclear what message this is sending to foreigners.

The weekly lesson allotment from this textbook takes about 1.5 hours to complete. I’m still using another textbook on conversation which my instructor and I had been using before I decided to take on the inburgering exam, which is about another hour of homework. Plus 1.5 hours in lessons per week. Plus, I am also working every day with a language learning app for about 15 minutes.

All told, that’s about six hours a week on Dutch. Which may not sound like a lot, but I work around 50 hours a week, plus I volunteer, plus finding time for exercise, household chores and, ya know, the occasional Netflix binge. I’m also in the very privileged position of being able to afford textbooks and private lessons.

So if Game of Thrones could push back its start date, I’d really appreciate that.

Molly will update on her progress in May