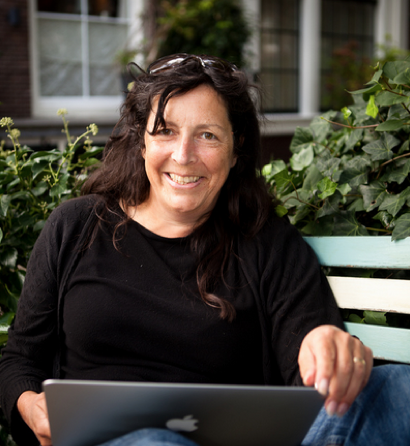 This year, it is 10 years since DutchNews.nl was launched. To kick off the celebrations, DutchNews.nl founder Robin Pascoe, who has lived in the Netherlands for over 30 years, answers our 10 questions.

How did you end up in the Netherlands?
I originally came here as au pair for an Anglo-Italian family way back in 1981. I hung around for a few years working in Stilett, the notorious t-shirt shop in the Damstraat. This was the time of squatters, punk and New Wave. When I turned 25 I thought I had better get serious so went back to Britain and amazingly got accepted by the BBC as a trainee reporter. Four years later I came back to marry a Dutchman and have worked here as a journalist ever since.

How do you describe yourself – an expat, lovepat, immigrant, international, etc – and why?
I am an immigrant in the traditional sense because I moved to Amsterdam to make my life here.

How long do you plan to stay?
I have no idea. It might be nice to retire to the sun one day but at the moment I have no plans to go anywhere.  My life, my friends, my work, my children are all here. I have family back in Scotland and we meet when we can.

Do you speak Dutch and how did you learn?
Attitudes to speaking Dutch were very different when I came here – it was not such an issue. The very first Dutch word I think I ever learned was belasting because the shop’s accountant refused to speak English to me. I’m not sure if he actually could, to be honest. Of course I have become fluent in reading and speaking over the years but I can’t write it. I do get irritated when people criticise my accent – I will never sound like a Dutch person and at a certain point my children asked me not to speak Dutch in front of their friends. I was never sure as to whether this was because I was an embarrassment or that they wanted to show off their perfect English. They don’t care anymore and neither do I.

How Dutch have you become and why?
It’s a funny thing about being away from your home country for so long – you forget or romanticise what it was like. When I go back, I can’t deal with the money and end up letting shop assistants pick out the coins because I can’t recognise a 10 pence piece for the life of me. When people ask me where I am from, I say Amsterdam. I’ll never officially become Dutch and I think long-term taxpayers like myself should have full voting rights. It is also absurd to think that when I reach retirement age at 67, I will have paid taxes here for 45 years but will not be entitled to a full state pension.

Which three Dutch people (dead or alive) would you most like to meet and why?
Willem Barentsz, who set out to find a northern trade route to Asia in 1596 and got stuck in the ice floes near Nova Zembla. He and his crew managed to survive the Arctic winter – it’s an amazing story – but Barentsz died on the way home. In terms of people who are still alive – there are lots of people I would like to interview as a journalist. Top of my list would be artist Daan Roosegaarde – his ideas, like the smog vacuum cleaner and smog jewellery, are so witty and clever. And Johan Cruijff. I actually had pictures of him on my bedroom wall as a young teenager.

What’s your top tourist tip?
If we ignore all the obvious stuff, rent a car and head up to Friesland to visit the planetarium in Franeker, which is extraordinary. Any time left over and you should nip down the road to the hamlet of Wiewerd to check out the air-dried mummies in the crypt of the church. Seriously bizarre.

Tell us something surprising you’ve found out about the Netherlands.
The Dutch are obsessed with what other people think about them and about where they are in international rankings. We’re always being told they are fifth best in the world at this or 3rd best at that. And any time there is a big news story here, you’ll always find a headline about how X or Y is ‘global news’ with quotes from the BBC and CNN.

If you had just 24 hours left in the Netherlands, what would you do?
Rent a little boat and cruise around the Amsterdam canals with a picnic, lovely husband, sons and all my mates. Then head out to the beach at Parnassia for a late afternoon swim and eat sate and chips – with mayonnaise – as the sun goes down.