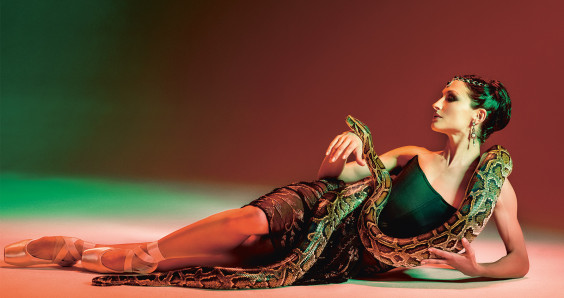 She has been the subject of countless books, stage productions and films, but now the life of the Dutch spy and dancer Mata Hari is to be told in the most appropriate way of all – as a ballet.

The Dutch National Ballet is producing a large-scale ballet about her, with choreography by artistic director Ted Brandsen, a libretto by Janine Brogt and music by Tarik O’Regan, one of today’s leading British composers.

Mata Hari was born Margaretha Geertruida Zelle to a well-to-do Frisian family in 1876. Following an unhappy marriage, she went to seek adventure in Paris where, as the exotic and mysterious Mata Hari, she became one of the most famous dancers of her day. 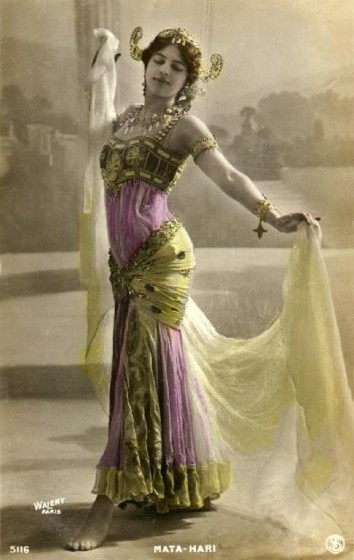 She travelled throughout Europe and had highly-placed lovers everywhere, which made her an ideal spy during World War I. Indeed, she was suspected of being a double agent. She was arrested by the French in February 1917, tried as a spy for the Germans, and executed by firing squad that October at the age of 41.

An eyewitness account by British reporter Henry Wales says she was not bound and refused a blindfold. After the volley of shots rang out, Wales reported, she slowly fell to her knees, her head up and gazing directly at those who had taken her life. She then fell backwards with her legs doubled up beneath her. According to Wales, an officer walked up to her body, pulled out his revolver and shot her in the head to make sure she was dead.

Ted Brandsen says he wants to focus mainly on Mata Hari’s ability to keep reinventing herself. ‘She underwent many metamorphoses, like a Lady Gaga or Madonna of a hundred years ago,’ he says. ‘I am also moved by her survival instinct and her will to make something of her life no matter what.’

For Janine Brogt, Mata Hari was larger than life. ‘Everything she did was theatrical and of an intensified reality, ‘she says. ‘She was as changeable as the weather and had dozens of different faces.’

Over the decades, the Dutch spy has been an endless source of inspiration for the arts. Films, of course, with actresses ranging from Greta Garbo, Zsa Zsa Gabor and Marlene Dietrich to Jeanne Moreau and Sylvia Kristel playing her. But also stage versions, a television series and a Broadway musical in the 1960s.

She has also been immortalised by painters such as Isaac Israels (1916) and John Singer Sargent (1906).

Earlier this year it was announced that Broadway choreographer and director Jeff Calhoun has joined forces with a team of musical talent to take on Mata Hari’s story in a new original musical which will have its world premiere in Korea.

The National Ballet production has its world premiere in Amsterdam on February 6 2016 with further performances until February 26.