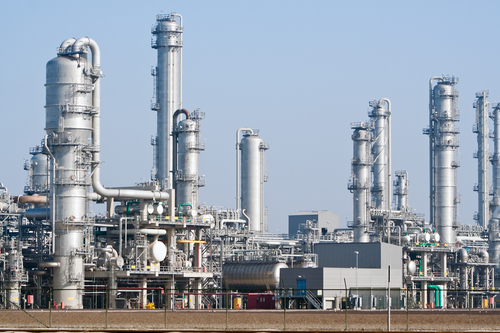 For all its innovative work in tech, engineering and the sciences, the Netherlands lags behind in encouraging women into these fields. Esther O’Toole talks to some of the women working to right the balance.

Last month there was uproar in the international science community when Nobel Prize winning biochemist Tim Hunt stood up in front of a conference of science journalists in Seoul, South Korea and said:

In the ensuing media storm, Dutch newspaper the Volkskrant said: ‘One thing is certain: Hunt’s remarks…touch on something bigger than himself. He unleashed a worldwide discussion over sexism and gender…in the sciences.’

In 2010, figures from Unesco showed the Netherlands had fewer female science graduates than any other country in the world.

Though the representation varies across the different specialities and in some fields there are undoubtedly more women than in others, for a country that considers itself generally open-minded, egalitarian and educationally advanced, last place seems pretty damning.

Around one in five girls now study technical subjects at vocational or hbo colleges. However, the number of female students taking technical courses at university has remained the same, at 26%.

So progress is being made in the Netherlands but very slowly. There is a desperate need for more science and engineering graduates to fill the growing number of jobs in the science and technological fields, so why are girls and young women so reluctant to take up these subjects?

A study published by Northwestern University in the US at the beginning of May found that the Dutch were the most likely to associate the sciences with men and masculinity. The report concluded that this kind of ‘explicit’ stereotyping is an indicator of biased hiring and a lack of encouragement for girls towards engineering and the sciences.

VHTO, a Dutch expert advocacy group for women in science, says self-confidence, fertility/lifestyle issues and the necessity to opt for specific study paths early in Dutch education are contributing factors to the problem.

The VHTO has now developed a database of nearly 2,000 female role models they can call upon. Together they conduct research, consult and organise programmes and events and work closely with the education ministry.

‘We find it really important that they start at an early age,’ Gielstra added.

Not only schools participate in Girlsday. This year over 10,000 girls aged 10-15 years visited a company or science centre and 310 companies threw open their doors for experiental workshops, giving girls an opportunity to see for themselves what working in these industries is like.

‘Companies know that more diversity in their teams is good for productivity,’ Gielstra said.

One Dutch company which took part in Girlsday this year is engineering group Royal HaskoningDHV.  While women account for 47% of HR, communications and IT jobs, just 11% of technical staff are female.

Environmental consultant Coco Smits studied environmental science at university and is keen to get more girls onto science and industrial engineering pathways. Assertiveness is essential in a company with multiple projects going on, she says,  but after a time your work will speak for itself.

‘‘Take the chances that come by, be visible and have a clear story of who you are and what you want to do,’ Smit says.

That position is echoed by Annemarie Kin, an experienced Royal HaskoningDHV asset management advisor, who has worked there for 12 years and has four children. ‘It’s important to assess yourself again and again against development points,’ she said. ‘Where can I improve? What can I do for the company…there are real chances here.’

The VHTO does see the fruits of these kinds of partnerships between businesses, themselves, government bodies and educational establishments. Nevertheless, ‘we’re not there yet,’ Gielstra says.

‘It is vitally important that education and businesses keep working together in public-private partnership in the future, so that…the chances for girls in technology and IT remain clearly visible.’