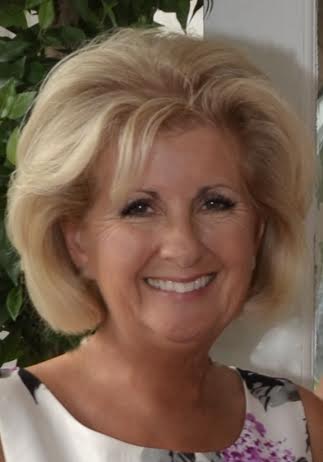 Jane Dean is a freelance editor and writer and has lived in the Netherlands for nine years but still misses family and friends. She was involved in the launch of The Hague magazine, The Underground, and is very partial to Luciano’s ice cream.

How did you end up in the Netherlands?
We arrived here from New Orleans, USA. In 2005, three days before Hurricane Katrina hit the Louisiana coast, my husband was offered a position with his company in Rotterdam. Eleven months later, after rebuilding our home, my youngest son and I joined him in the Netherlands – leaving our daughter in the US and our eldest son in the UK, where he’d decided to relocate. It was a difficult transition going from a close family unit to living in three different countries.

How do you describe yourself – an expat, lovepat, immigrant, international, etc?
I’ve never felt comfortable being described as an expat as home is where we are. Nor do I feel I’m an immigrant, as we don’t intend to stay here permanently. We are international but it’s not a term I would use to describe myself either. I have used the term non-expat expat in the past and it’s the best I can come up with.

How long do you plan to stay and why?
Our reason for being here is job related, so who knows? I’m ready for a move. All our children now live on a different continent to us and the friends we’ve made here over the years have moved on. It’s not about whether we like living here or not, but the life stage we’re at.

Do you speak Dutch and how did you learn?
I signed up for Dutch lessons within weeks of arriving. My early efforts at spoken Dutch were met with derision by several local shopkeepers, which destroyed what was left of my fragile self-esteem. Dutch friends refused to speak their native language; rather they saw me as an opportunity to improve their already perfect English. I read Dutch and get by. At my age I figure that’s good enough – as I won’t be speaking Dutch outside the Netherlands.

What do you miss about back home and why?
Home is where we are, but I miss family and friends and wish we could be geographically closer to share in life celebrations. Other than that there’s nothing I miss that isn’t available here or can’t be brought in by friends. In nearly 20 years we’ve never run out of Sainsbury’s Red Label teabags.

How Dutch have you become?
I’ve finally given up trying to look good in the rain, so scraped back hair and barely-there make-up is the order of the day. This has coincided with shop assistants assuming I’m Dutch rather than an expat, so I guess I’ve cracked it with blending in.

What’s your top tourist tip?
Use the Netherlands as a base to explore Europe – travelling is so easy from great airports or by car.

Tell us something surprising you’ve found out about the Netherlands.
Perhaps I’ve been here too long – can’t think of anything!

If you had just 24 hours left in the Netherlands, what would you do?
Walk my dogs in the woods by our home – along the trails and canals we’ve known for years.