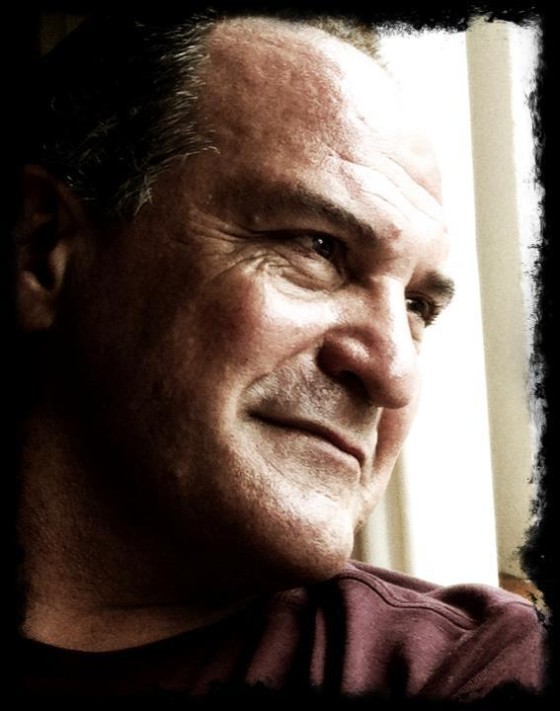 Lorenzo Serna, 58, is an American who fell in love in Amsterdam and never left the Netherlands. He lives in Soest and owns and operates a Mexican food truck, Amigo’s Cantina.

How did you end up in the Netherlands?
It’s the classic story of an American GI marrying a local girl. I was on leave from the Army and while visiting Amsterdam I took a tour of a diamond factory. In walks the tour guide and it’s love at first sight. I KNEW the moment I laid eyes on this beautiful young girl I was going to marry her. On January 31 we’ll celebrate our 29th anniversary.

How do you describe yourself – an expat, lovepat, immigrant, international, etc – and why?
I’m definitely an ex-pat. MOST certainly a love-pat. If it wasn’t for my wife being Dutch I’d not be living here. She has taken me, and our family, on this life’s experience here in Europe which, had I not met and married her, we would not have otherwise enjoyed.

How long do you plan to stay?
I expect till I die. My roots have grown so deep with the addition of a daughter-in-law and grandchild, plus, let’s hope, future grandchildren, that I don’t see myself going back and missing out on their growing up here without me.

Do you speak Dutch and how did you learn?
I speak it very well, I’ve had several courses over the years to improve my speaking as well as writing, plus having your own business you need to be able to communicate on a certain level to succeed.

What’s your favourite Dutch food?
I love raw herring, plus kibbling (small pieces of fried fish with onions). And their wonderful cheeses, and believe me, American bakeries could take lessons from the Dutch on how to bake several types of delicious bread.

What do you miss about back home?
My family – cousins, aunts, uncles. I have a huge family back in California and to miss out on all that happens within the family can be rather difficult at times. That, and the sun and convenience of Southern California.

How Dutch have you become?
Somewhat Dutch I would say. I’ve learned how to deal with their mannerisms and culture but I’ve kept my own personality intact.

What’s your top tourist tip?
If anyone is planning on visiting the Netherlands then do it on King’s Day! For more than 24 hours. the whole country is just one big party! This is one of Europe’s unique culture experiences.

Tell us something surprising you’ve found out about the Netherlands.
Their business expertise. They began the concept of Wall Street, which started in New Amsterdam, which is now New York City. They began the East Indian trade route bringing spices to the west. Our currency, the dollar, was named after their old currency, the dalder. Our American business culture is built on the foundation that the Dutch laid long before America became a country.

If you had just 24 hours left in the Netherlands, what would you do?
EAT. Say good-bye to so many friends, eat some more.

Lorenzo Serna organises the International Food Fair in Amersfoort which takes place on the third Thursday of the month.