The Dutch are an inventive lot. Among their clever ideas in the past: the stock exchange, the submarine, the fire pump and the speed camera. Here’s a list of other nifty ideas we wish we had come up with.

2theloo
A chain of public conveniences. Corny name but business is booming. 2theloo started out in an empty shop in Amsterdam’s Kalverstraat and now operates WCs in 13 different countries worldwide and has 14 million customers a year. The key to their success? Decent, clean loos and you get your 50 cents back if you buy something in the personal products shop.

The One Nights Tent 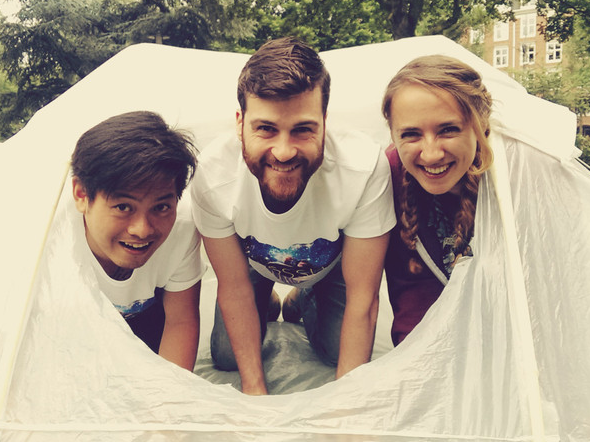 Go to any festival ground after the big event itself is over, and you will find enough tents left behind by their owners to fill a large refugee camp. Step up Devin Malone, Amsterdammer from Alaska, who came up with the One Nights Tent – made of easily recyclable and biodegradable plastic so you don’t need to feel guilty about abandoning it. The company now makes lilos and sleeping bags as well.

Dutch Cell Dogs
We thought this was a bizarre joke when we first heard about it but no, the Dutch Cell Dogs foundation brings together people in prison with dogs that have been abandoned. The foundation helps prisoners to train dogs – all of which have behavioural issues or have been mistreated. The dogs benefit and the prisoners learn about communication and responsibility. Judging by the pictures, not the place to pick up a sweet little lapdog.

Storm umbrella
Not perhaps the most beautiful object but a perfect example of pragmatic Dutch design… sturdy, weather-proof and folds up small – the storm umbrella. Makers Senz swear their invention can withstand winds of up to 100 kph.

Eau d’Amsterdam
What does Amsterdam smell off? No, not weed and not deep fried snacks but elm trees. Well that’s the story according to crafty creatives Saskia Hoogendoorn and Lieuwe Martijn Wijnands. Amsterdam has 75,000 elm trees and every spring the streets are piled high with their ‘snow’. So why not capture the essence of the elm and sell it in a bottle for €58 for 50 ml?

De Eenzame Uitvaart – the lonely funeral
Every year about 15 people die in Amsterdam with no one to mourn them. Step up a group of poets who attend the funeral, choose the music and write a poem for the deceased, even though they have never met. Originally known as the Poule des Doods, the poets are now united in the foundation De Eenzame Uitvaart – the lonely funeral – with chapters in The Hague and Rotterdam as well. The poems read at all 189 funerals so far (February 6, 2015) are online. Read them and weep. 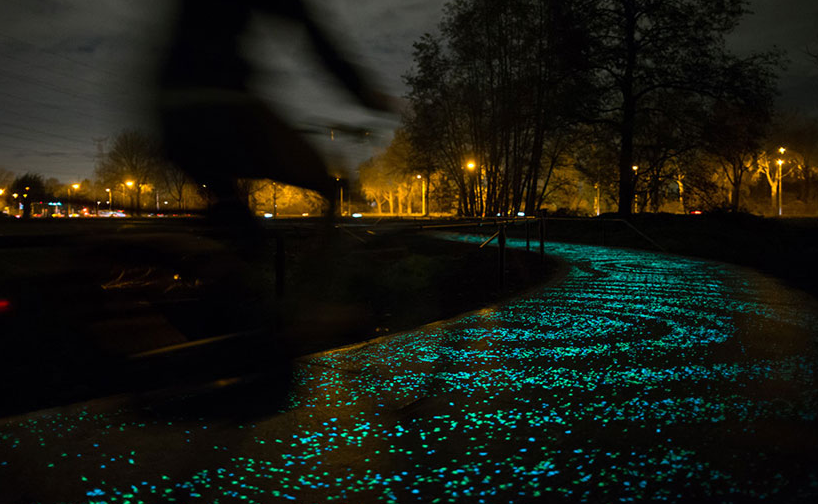 Witty, inventive, fun, romantic: the Van Gogh Path near Eindhoven is both a functional cycle path and a work of art by Dutch artist Daan Roosegaarde. If only every bike ride was like this.

Peerby
Need a tool, a step ladder or even a barbecue? Why not borrow if from your neighbours rather than buy it from a high street store? Peerby helps you do just that and there are no fees attached.

Snappcar
Similar in spirit, Snappcar helps you avoid Avis, Hertz, Europcar and all the rest. Instead. rent a car from a private citizen who lives around the corner from a few euros a day, all properly insured and with guaranteed payments. You get a much more interesting choice of cars as well.

Findfence
We just love the Vindhek. Designer Annemarieke Weber talks about the Findfence as a ‘concept about respect, honesty and trust’ and a ‘living work of art’. We just think it’s a damn good idea. A fence where you can hang up lost property and where people who have lost something can look and see if it has been found. Keys, gloves, favourite cuddly toys: we’ve seen them all hanging on the fence in the Vondelpark. Brilliant.