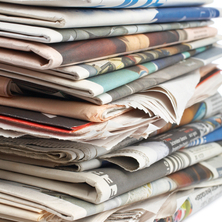 A round-up of the best Dutch newspaper and magazine editorials this week:

Last weekend Dutch national Ang Kiem Soei was executed in Indonesia. The Netherlands recalled its ambassador and is considering other sanctions. ‘The death penalty for involvement in drugs is extremely harsh’, wrote Elsevier commentator Gerry van der List, ‘but what would the Dutch sanctions be based on exactly? If the Netherlands does not want diplomatic relations with countries that have the death penalty it would have to make quite an adjustment to its foreign policy.’

To protest now that a Dutch national has been executed is a peculiar kind of ‘moral and legal selectiveness’, according to Van der List, as it would be ‘very inappropriate to condemn the punishment of a Dutch drugs trafficker and not that of drugs criminals with a different nationality.’

‘It is understandable that the execution caused anger and indignation in country that prides itself on it mild punishments and tolerant attitude towards drugs. But it would be a shame if these emotions were to spoil the political and trade relations with an important country.’ (Elsevier. 19-01-2015)

In an editorial this week the Volkskrant wrote that that the gap between rich and poor is widening in the Netherlands due to slow economic growth: ‘the capital of the rich remained intact while small savers and home owners have seen their money go up in smoke.’

This will hurt the economy and will also cause social unrest in an ‘egalitarian country’ such as the Netherlands, the paper wrote.

The solution lies in a progressive taxation on capital ‘above say a million euros’ which will ease the burden of savers. And as the government is getting less money from tax on labour this is by far the most practical solution to provide the government with money to spend on ‘improving the quality of society’ while at the same time narrowing the gap between rich and poor, the paper concluded. (Volkskrant, 20-01-2015)

‘People don’t have to be like rabbits’, the pope said last week. Trouw actually asked chairman of the Liefhebbers Kleine Dieren (Lovers of small animals) Jasper Smelt for his thoughts: ‘Rabbits are totally different from people. I would say the pope’s comment is an insult to rabbits rather than people. Rabbits are able to produce as many as 16 young in one year. Human beings are far from rabbits.’(Trouw, 21-01-2015)

The European Commission’s plans for a liberalisation of payment transactions have to be approached with caution, warned FD. ‘Privacy must come first. Innovative new players such as Apple, Google and Facebook may well make the process more efficient. But it is well known that the business model of these companies is based on an intelligent analysis of data and its commercial uses’, the paper wrote.

The banks have shown their reservation to the plans but, wondered FD, is that because they are concerned about protecting people’s privacy or because they want the same room to manoeuvre that newcomers to the market will have? ‘The banks want Europe to create a level playing field. That means new players will have to adhere to stringent privacy rules, just like the banks. We can’t be too careful’, the paper concluded.(FD, 22-01-2015)