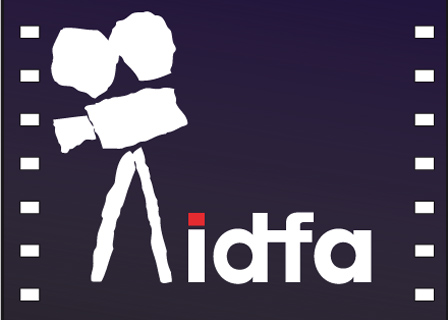 The IDFA documentary film festival takes place in Amsterdam up to November 30.

Here is the Parool’s list of 10 documentaries you should not miss.

‘Plaza man’
(Director: Kasper Verkaik)
Robert Groder turned 18 the day president Kennedy was shot. He has dedicated his life to finding out the ‘truth’ about what happened that day. His obsession – Groder paints a big X on the road at Dealey Plaza, Dallas every day – has taken a heavy toll on his personal happiness.

‘Solo – Out of a dream’
(Director: Jos de Putter)
In 1994 Jos de Putter’s ‘Solo – De wet van de favela’ was an Idfa winner. It turned Leonardo, an eleven-year old football player from the favelas, into a star who played for Ajax and Feijenoord.  Twenty years later De Putter and Leonardo return to Rio: the confrontation with his past is not an easy one for the football player.

‘Finding Fela’
(Director: Alex Gibney)
A portrait of one of the best African artists – and a look at contemporary Nigeria – which does not shy away from the dark sides of the life of this musical genius.

‘Wolflady’
(Director: Daan Willekens)
Will 21-year-old Sharon Kovacs from Eindhoven be the next Anouk or even the next Amy Winehouse? Willekens is there as a temperamental Kovacs takes her first steps on the slippery path to fame.

‘Around de world in 50 concerts’
(Director: Heddy Honigmann)
Hedy Honigmann is this year’s guest of honour at Idfa. In this documentary she follows the Concertgebouw orchestra on its travels around the world and talks to people whose love for classical music is central to their lives. We also learn that cymbals weigh 4 kilos a piece.

‘1971’
(Director: Johanna Hamilton)
What happened to the anti-war activists who broke into an FBI office at the time of the Vietnam war? Now that the case is past the statute of limitations the activists involved tell their story.

‘Exit through the gift shop’
(Director: Banksy)
A modern classic Idfa is showing this documentary as part of its ‘Framing reality’ programme. Notoriously secretive graffiti artist Banksy makes a portrait of Frenchman Thierry Guetta after Guetta’s effort to portray Banksy fails. What is fake, what is real, what is art?

‘Tie Xi Qu: West of the tracks’
(Director: Wang Bing)
It’ll take a day but it is certainly worth watching Wan Bing’s 554 minute majestic portrait of the Tie Xi district in China. Once the industrial heartland of communist China all that is left are the ruined cathedrals of heavy industry and the workers’ sense of betrayal.

‘Democrats’
(Director: Camilla Nielsson)
A fascinating film about the making of a new constitution in Robert Mugabe’s Zimbabwe. Nielsson follows two representatives of two diametrically opposed political parties on their travels through the country to consult the people. Mugabe’s menacing presence is felt throughout.

‘Raw footage’
(Director: Aernout Mik)
Artist Aernout Mik uses two screens to project images of unused news footage from the war in Yugoslavia. The discarded images show another side of war: the boredom, the chaos and the endless waiting for something to happen.