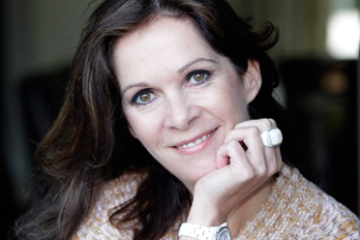 Air France-KLM pilots would rather run the company into the ground than consider its future welfare, writes Annemarie van Gaal.

‘Could I have a chat with you? I’m in debt and I don’t know what to do.’ The young woman standing in front of me is wearing the Utrecht Jaarbeurs uniform. We find a quiet place and she tells me her story: ‘I’m so deeply in debt I can’t see a way out.’

She is 29 years old, she says, and has to pay €700 a month in interest alone. She works all hours of the day at anything that presents itself but she doesn’t believe she will ever earn enough to pay off her debt. ‘How much is it?’ I ask. ‘€160,000’ she says. I nearly fall off my chair.

I was reminded of this conversation when the strike action by French pilots forced Air France-KLM to its knees the other week. At the pilots’ request, the company shelved its plans to turn Transavia into a low-cost airline. But that wasn’t enough. The Transavia pilots earn slightly less than their colleagues at Air France-KLM and work that little bit harder. That has to change. All pilots should be on the same contract, that way they cannot be played off against each other and their position becomes even stronger. And that is important to the spoilt prima donnas of the French aviation world.

I’m surprised, not by the selfishness of the pilots who would rather push the company to the edge of the precipice than give up any of their demands, and whose position is more important to them than the employment of thousands of colleagues and the misery of tens of thousands of stranded passengers. What surprises me is the attitude of Air France-KLM. No company should put its future on the line, no matter how powerful the unions and troublemakers are.

Back to the girl at the Jaarbeurs. I would understand Air France-KLM’s buckling at the knees if pilots were hard to come by. But they’re not. Hundreds of motivated pilots can’t wait to get to work on contracts that will secure a safe future for the company.

I hope the board in Paris will show a bit of backbone. You either want to become a budget airline or you don’t. It’s time to show a bit of fight on the ground as well.

Annemarie van Gaal is an entrepreneur and investor.

This article appeared earlier in the Financieele Dagblad.