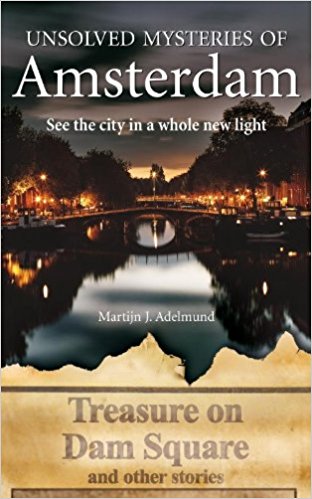 Each chapter in the book is based around a single mystery. Some are familiar, such as who revealed the location of Anne Frank and her family during World War II and the story of Helena of Ghost Alley, while others are more obscure, such as why a house on the Keizersgracht has six sculptures of heads on the facade.

The mysteries are told with a bit of dramatic flair, and each chapter includes a small biography of the characters therein. It outlines the story of whatever tragic, mysterious or magical event took place and wraps up with the present day lore, such as stories of hauntings or strange sightings. Each chapter also directs you to the location of the mystery and even how to get there by public transport.

Adelmund is a Dutch writer and poet who was commissioned by publisher Bruna Uitgevers to write a series of mystery books about the Netherlands. Just one, about Amsterdam, was then translated into English.

The Unsolved Mysteries of Amsterdam isn’t a history book and many of the stories are fantastical in nature, involving hauntings and fairies. It’s more fun ghost stories than serious historical accounts.

Overall, it’s an entertaining read, though the translation leaves something to be desired.