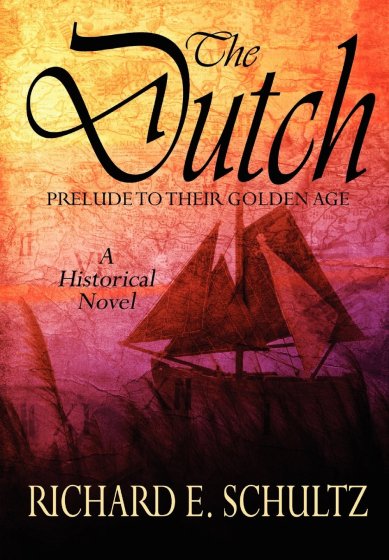 A historical novel about the time before the Dutch Golden Age? ‘This could be hard work to wade through,’ I said to myself.

But as often happens when I judge a book by its cover, I was completely wrong, and it was well worth the effort.

Author Richard E. Shultz has woven a huge amount of historical information into his book, which European history buffs should find very interesting.

It also tells a good story, and what I found particularly impressive was the American author’s understanding of the Dutch psyche, particularly those in the North.

Having lived among rural West Friesians for nearly three years, I certainly recognized the characters he depicts in the story, with the giant, no-nonsense, and uber pragmatic people I shared a remote village with, despite a few hundred years separating them.

The author claims to have no-known Dutch ancestry, just an appreciation of the many gifts the Netherlands has given America and the entire world, but you’d think he was at least second generation Dutch from the way his book is written.

A long-held admiration for the impact this little country has had on North American culture, was the driving force behind what is essentially, a very readable first novel.