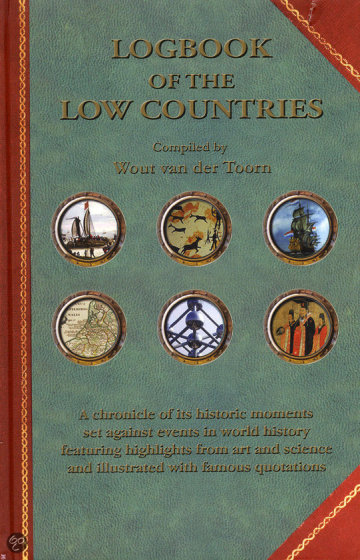 You could be forgiven for thinking this is probably not something you’d buy on impulse. After all, it sounds like the sort of dusty old title you might stumble across in a secondhand bookshop.

But for any history buffs out there, don’t stop reading just yet!

Because Dutch economist and history connoisseur Wout van der Toorn, has poured his heart and soul into Logbook of the Low Countries, and appears to have compiled almost every single historical episode afflicting the Lowlands, and set it against major historical events that occurred in the rest of the world.

If you’ve ever wondered what else was going on in 1793 when the Southern Netherlands had once again been conquered by a pesky Austrian regime then I’m chuffed to enlighten you, that Dutch suppression commenced in the same year that Louis XVI and his (‘Let them eat cake’) Mrs, were being guillotined in Paris!

Going back as far as 150,000 BC (when Northern Europe was still connected to Scandinavia by glacial ice apparently), it stomps along right up until 2010, with the election of Mark Rutte, the first Liberal Prime Minister of the Netherlands for nearly a century.

Let’s be honest about this, Logbook of the Low Countries will not appeal to everyone (although frankly, we could all learn quite a bit from the knowledge it imparts), but that doesn’t mean it’s not worth reading.

This is a beautifully produced book in hard cover, illustrated with some lovely old maps, and full of historical facts that will certainly titillate anyone with an interest in history.